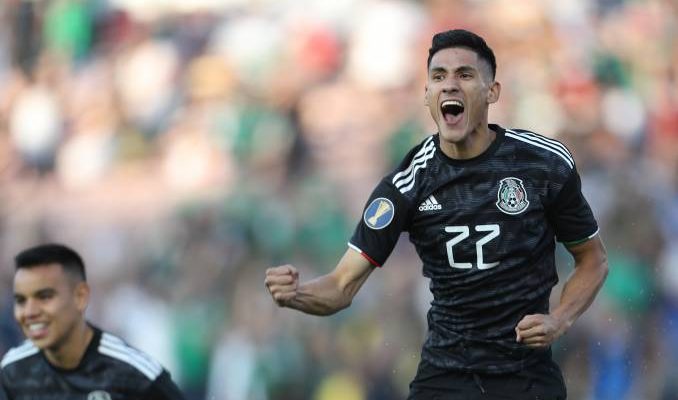 The 2019 Concacaf Gold Cup got underway on Saturday with a pair of teams rolling to opening day wins.

Tata Martino’s Mexico steamrolled past Cuba 7-0 in Group A play with L.A. Galaxy product Uriel Antuna scoring a hat trick. Raul Jimenez also added a brace while Diego Reyes and Ernesto Vega also got on the scoresheet. Antuna’s opener came two minutes in as he finished off Jimenez’s effort which smacked off the post. Jimenez extended the lead in the 31st-minute, stroking home his first of the evening from the edge of the penalty box. Reyes’ second goal in his 61st appearance for El Tri continued the first-half dominance before Antuna pounced on a Cuban error to make it 4-0 heading into halftime.

Carlos Rodriguez played in Jimenez for his second in the 64th-minute ahead of Vega’s finish in the 74th-minute. Antuna set up Vega whipping a cross into the box which the substitute put away. Antuna capped his hat trick in the 80th-minute, putting away a rebound from Rodriguez’s previous effort. It was his first hat trick in only his third senior appearance for El Tri.

Mexico takes on Canada next while Cuba faces Martinique.

Canada also claimed a comfortable win on Saturday with a 4-0 triumph over Martinique in Pasadena. Jonathan David led the way with a brace while Scott Arfield and Junior Hoilett also found the back of the net.

After a bad backpass from Martinique goalkeeper Loic Ludovic Chauvet, David slotted in his first of the tournament in the 33rd-minute.

The striker extended Canada’s lead in the 53rd-minute, thanks to a beautiful over-the-top ball from Samuel Piette. Piette’s pass caught the Martinique backline sleeping and allowed David to score one-on-one.

Alphonso Davies crossed into Junior Hoilett’s path in the 63rd-minute to make it 3-0 before Arfield ended the scoring four minutes later. Mark-Anthony Kaye played a pass to the Rangers midfielder who slotted his effort into the bottom-right corner.