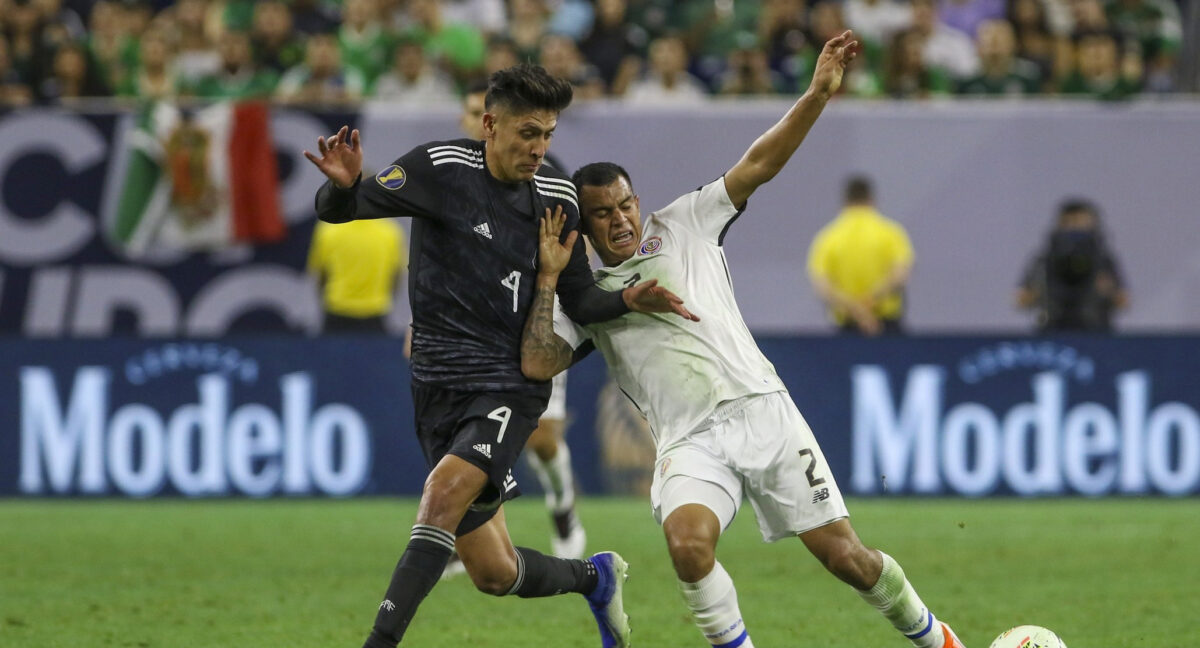 Two teams punched their tickets to the 2019 Concacaf Gold Cup semifinals on Saturday night, each winning in different ways to do so.

Mexico outlasted Costa Rica 5-4 in a penalty shootout after the sides could not find a winner after 120 minutes of action. Guillermo Ochoa denied Keysher Fuller in the fifth round of penalties to secure El Tri’s place in Tuesday’s first semifinal.

Tata Martino’s side snatched the lead in the 44th-minute when Wolverhampton Wanderers striker Raul Jimenez broke the deadlock. End-to-end action was finished by El Tri as Jimenez created room for a shot after his prior attempt was blocked.

Luis Rodriguez was whistled for a penalty in the 51st minute after he brought down Joel Campell inside of the penalty area. Bryan Ruiz equalized for Costa Rica to make it 1-1.

Leonel Moreira denied Jimenez a second after the striker ripped a wonderfully-taken effort right after Costa Rica tied it up. Carlos Rodriguez rattled the crossbar in the 86th-minute which could’ve ended the match in regular time.

Ochoa made a terrific save on Jonathan McDonald in the 108th-minute to force the sides into penalties.

Carlos Salcedo scored the fifth penalty for El Tri before Ochoa guessed right to deny Fuller’s attempt and seal his side a place in the next round.

Memo Ochoa makes a spectacular save in the penalty shootout to send Mexico through to the semis! #GoldCup2019 pic.twitter.com/IKAvEBkEUd

Haiti pulled off a major upset in the first quarterfinal of the day, rallying from a 2-0 deficit for a dramatic 3-2 victory.

The Haitians scored three second-half goals to erase a two-goal deficit and set up a date with Mexico in the semifinals.

Jonathan David and Lucas Cavallini scored 10 minutes apart to hand the Canadians a 2-0 advantage. David took advantage of a quick restart to blast home for the opener.

Scott Arfield played Cavallini in one-on-one and the striker rounded Johny Placide before tapping into an empty goal.

Duckens Nazon started the comeback in the 50th minute as he raced onto a loose ball and beat Milan Borjan before the goalkeeper could clear. Herve Bazile slotted home Haiti’s equalizer from the penalty spot after the winger was fouled inside of the box.

Wilde-Donald Guerrier sealed the comeback after Nazon’s clipped in ball hit the midfielder who slotted home the game-winner.

Haiti, you're going to your first-ever Gold Cup semifinal!

These sides will meet on July 2nd in Phoenix.