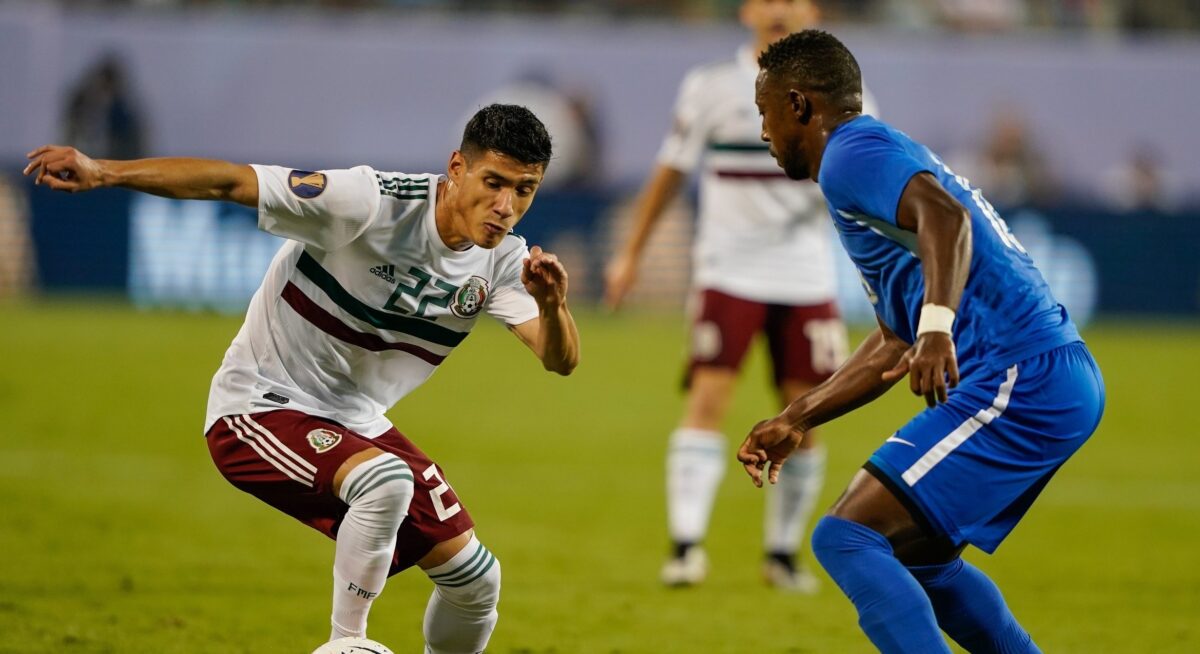 Group A favorites Mexico completed the job on Sunday night, holding off Martinique for a 3-2 win in Charlotte.

Three different players got on the scoresheet for El Tri, with Fernando Navarro scoring the game-winning goal.

Carlos Antuna continued a strong tournament for Mexico, breaking the deadlock after 29 minutes. He drove down the right flank before cutting onto his left and scoring at the near post from 20 yards out.

Kevin Parsemain scored a goal of the tournament nominee to tie things up after halftime, blasting a free kick upper 90 from just outside of the penalty box.

Raul Jimenez retained the lead for Mexico in the 61st-minute, before Navarro slotted home Jimenez’s assist 11 minutes later to make it 3-1.

Martinique pulled a goal back through Jordy Delem’s finish in the 84th-minute but it was too little too late as the score finished 3-2.

Canada rolled to second place in group A after a 7-0 thrashing of Cuba.

Jonathan David and Lucas Cavallini each bagged hat tricks while Junior Hoilett also found the back of the net.

David’s opener came three minutes in before Cavallini scored a trio of goals in a 24-minute span to make it 4-0 going into halftime.

Hoilett added a fifth for the Canadians in the 50th-minute ahead of David’s pair of finishes in the 71st and 77th minutes.

Canada will face the winners of Group B in the knockout stage.