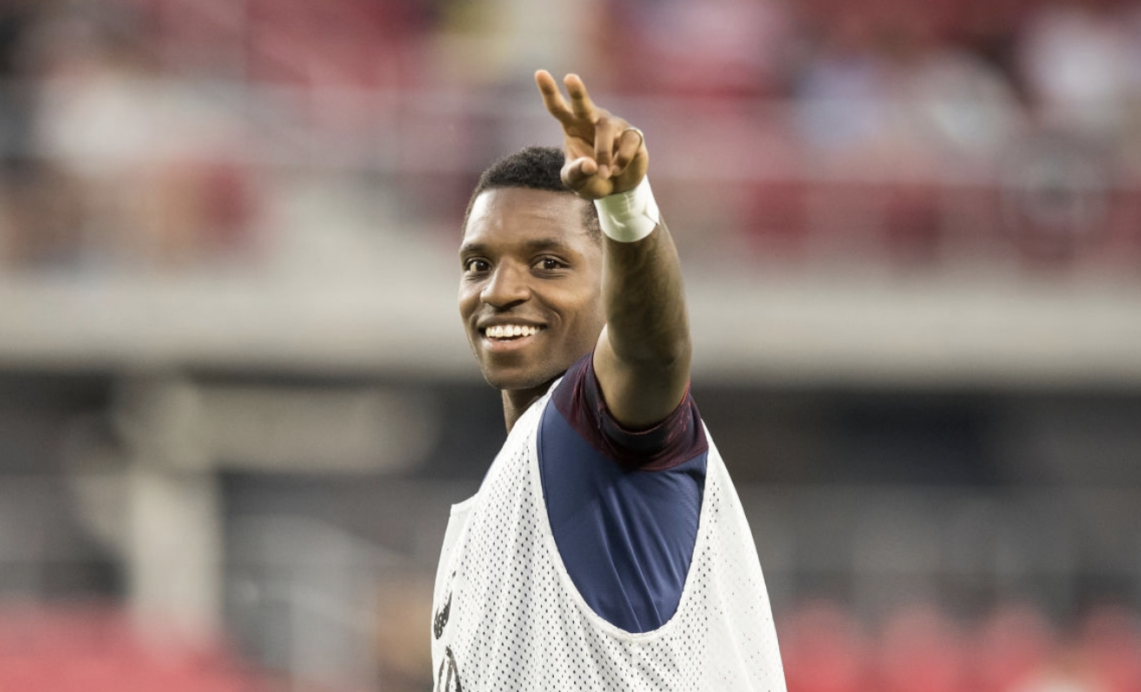 WASHINGTON — Joe Gyau earned his first cap with the U.S. Men’s National Team back in October 2014 when he was 21-years-old. The Maryland native was a young and promising talent who was given a chance by then-head coach Jurgen Klinsmann.

Fast-forward to 2019, Gyau was able to represent the USMNT for the third time in his career as he was a second-half substitute in Wednesday’s 1-0 friendly loss to Jamaica. It was a return for Gyau who continues to fight for a place with the senior team after a lengthy absence.

“It felt great, just like the path to get to this point in the first place it felt like a big weight was lifted from my shoulders,” Gyau said. “Moving forward I’m hoping to get better with this group and continue to make appearances.”

“Stories like Joe’s are great,” USMNT coach Gregg Berhalter said. “Joe was able to perform well with his team in Germany this season and even made the camp last time out. Joe has showed real glimpses in training of having that one-on-one ability and tenacity to just go after guys. Tonight was a test because he went up against Kemar Lawrence who is not easy to beat one-on-one. We all wanna be challenged and tonight was a challenge for him. It will make him better.”

Gyau came off the bench in the 72nd minute and played the remainder of the match at Audi Field. Paired with fellow substitute Duane Holmes, Gyau added some fresh ideas and speed to the USMNT attack as they pushed for an equalizer.

Unfortunately, neither Gyau nor the rest of the USMNT was able to beat Andre Blake as they suffered their first loss under Berhalter. It was a disappointing result for the USMNT, which tried a new formation in the match, but looked sluggish at times and lacked the final product in front of goal.

“It’s very frustrating that we didn’t get anything from the match, we started off well in the first 20 minutes,” Gyau said. “Losing on home soil is disappointing especially in front of our fans, but it’s better it’s out of the way now than in the tournament.”

“Jamaica is a good team, it was a good test to play them because we could see them in the tournament,” Gyau said. “A lot of us coming from Europe so we have to get prepared for the warmer climates and weather conditions. Playing a fast team like Jamaica is just another test for the Gold Cup against other teams like them who can run after you for 90 minutes.”

For Gyau, his future with the USMNT may be in doubt due to not only his age, but also the fact he will be playing in the third-tier of German football next season. The 26-year-old scored two goals and added one assist in 20 league appearances for Duisburg last season, but was unable to help the team avoid the drop.

Gyau was not included in Berhalter’s 23-player roster but will hope he can force his way back in down the road. Going up against New York Red Bulls defender Lawrence was always going to be a tough test for Gyau, but the speedster continued to try to help the U.S. draw even.

“We have one more test to get ready for and I think our energy needs to be higher from the beginning,” Gyau said. “We need that last percentage in front of goal in order to get the result we want. We took some extra touches tonight when we didn’t need to, maybe we can let some rip from outside of the box.”