Holmes’ USMNT debut one of few bright spots against Jamaica 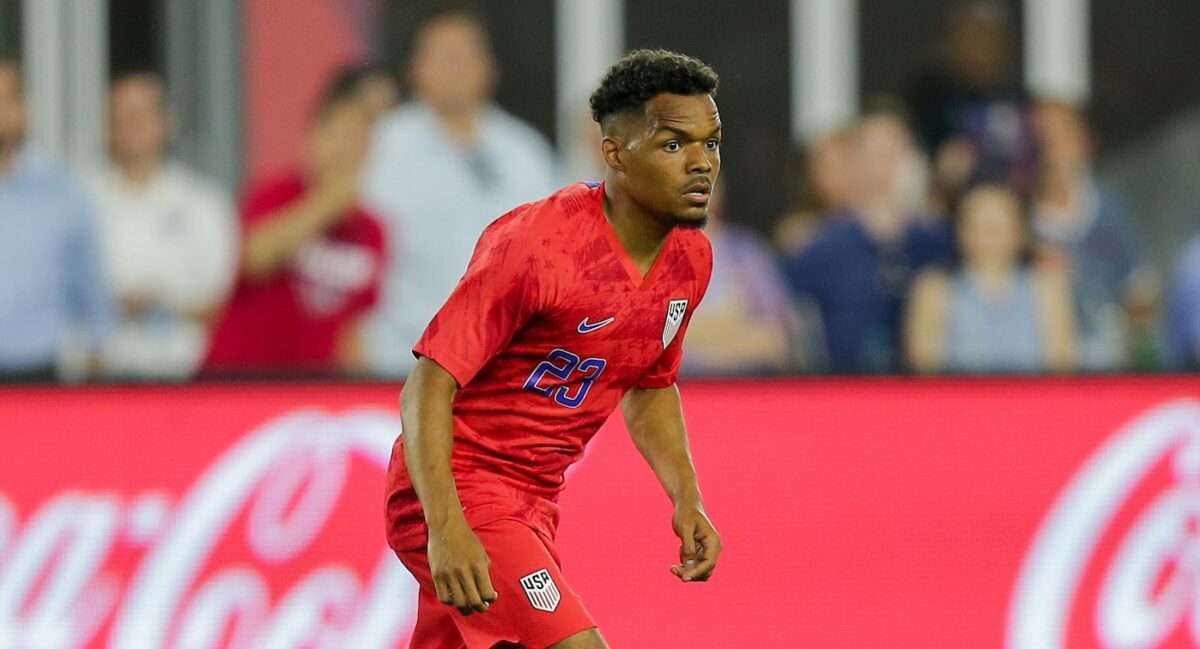 WASHINGTON — Duane Holmes is one American player who had to wait for his turn in the never-ending list of attacking players for the U.S. Men’s National Team.

After an impressive campaign with English second-tier club Derby County, Holmes got the moment he had been waiting for.

The 24-year-old midfielder made his USMNT debut on Wednesday night at Audi Field, coming off the bench in a 1-0 loss against Jamaica. Holmes played the final 29 minutes of the friendly against the Reggae Boyz and was one of very few bright spots for the Americans in an overall disappointing performance.

“Duane performed well,” USMNT head coach Gregg Berhalter said. “What you see from him is what you saw at Derby County. He has mobility and aggressiveness, but he also has good technical ability in tight spaces. I thought he did well coming off the bench.”

Holmes was limited to less than a half-hour at least in part because of the fact he came into camp recovering from a nagging calf issue. In his limited time on the field, however, Holmes created a spark for the USMNT attack, one that struggled for most of the evening.

He set up Josh Sargent on a pair of attempts, one which the striker missed wide of goal and the other in the 89th-minute that Jamaica goalkeeper Andre Blake pushed wide to preserve a clean sheet. Although a debut can bring pressure, Holmes was happy to check his debut off and share the moment with his father.

“It was a really proud moment for me and my family to make my debut,” Holmes told SBI. “It’s something that I’ve really been working hard to get to. Unfortunately though it came in a loss and I’ve always put the team before myself. The result didn’t go our way today.

“The plan was always to come on for 25 minutes since I’m coming back from injury,” Holmes said. “I haven’t played tons of football in the past two months with a nagging calf issue. Mentally I was prepared to make my debut today and I’m just happy that my Dad got to share this moment with me.”

Holmes came into camp after 25 appearances for Frank Lampard’s Rams in the EFL Championship. Holmes recorded two goals and one assist, while also helping them make the EFL Playoff Final against Aston Villa. He missed the final due to injury, but still earned his first senior call-up to the USMNT.

His rise through the ranks of English soccer is a feat that certainly has caught Berhlater’s attention. Hard work and a never-give-up attitude has helped Holmes work his way into the USMNT discussion, a mindset that the midfielder feels he will need to continue to have in order to help the team achieve its goals.

“A year ago I was at Scunthorpe United and now I’ve been able to represent my country,” Holmes said. “I’m learning every day and even when I moved to Derby, which is a bigger club, I’ve kept my mind to the tasks in front of me. Frank was able to talk with Gregg and tell him about me and my style of play, which helped. You can never stop learning and that’s what I’m going to continue to do.”