Holmes withdraws from USMNT roster due to quad injury 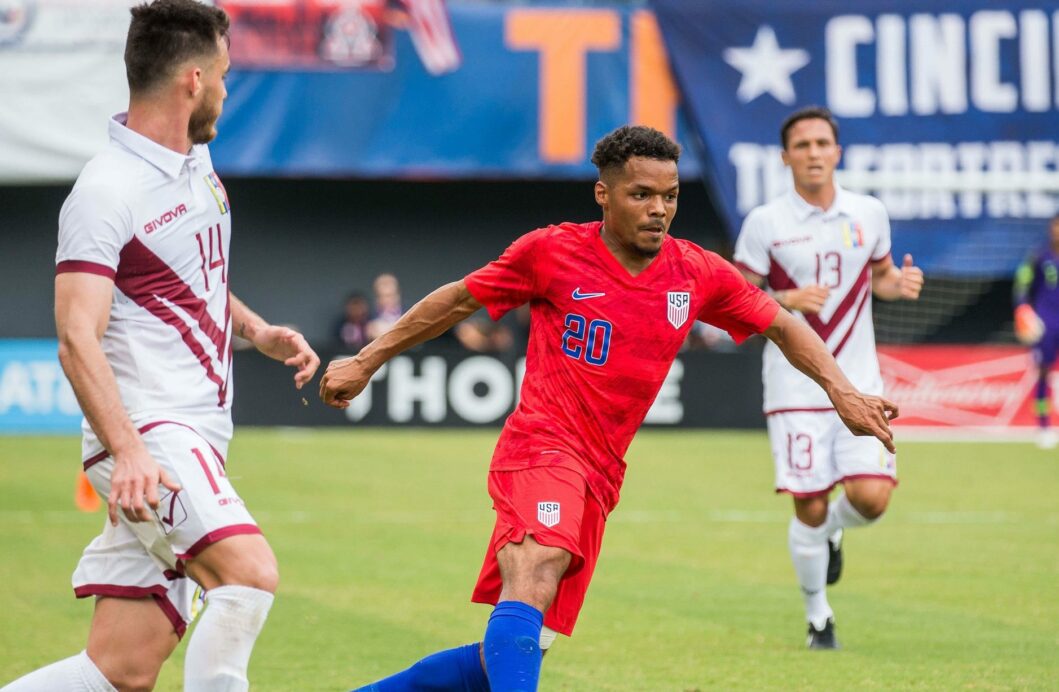 Duane Holmes will play no part in the Concacaf Gold Cup.

U.S. Soccer announced on Saturday that Holmes has withdrawn from the Gold Cup squad due to a quad injury. Holmes came into camp nursing a quad strain which he suffered with Derby County to end the English season.

NEWS | Due to injury, Duane Holmes has been replaced by Djordje Mihailovic on the #USMNT’s 23-player @GoldCup roster.

With Holmes out, Chicago Fire midfielder Djordje Mihailovic has been added to the 23-player roster. Mihailovic previously was one of Gregg Berhalter’s final cuts back on June 5th. He won his only three caps this calendar year, scoring against Panama back in January.

Holmes made his first appearances for the USMNT this month, being a substitute against both Jamaica and Venezuela. The 24-year-old was coming off a breakout season in England with Derby.

Berhalter and Co. kick off group stage play on June 18th against Guyana in Minneapolis.