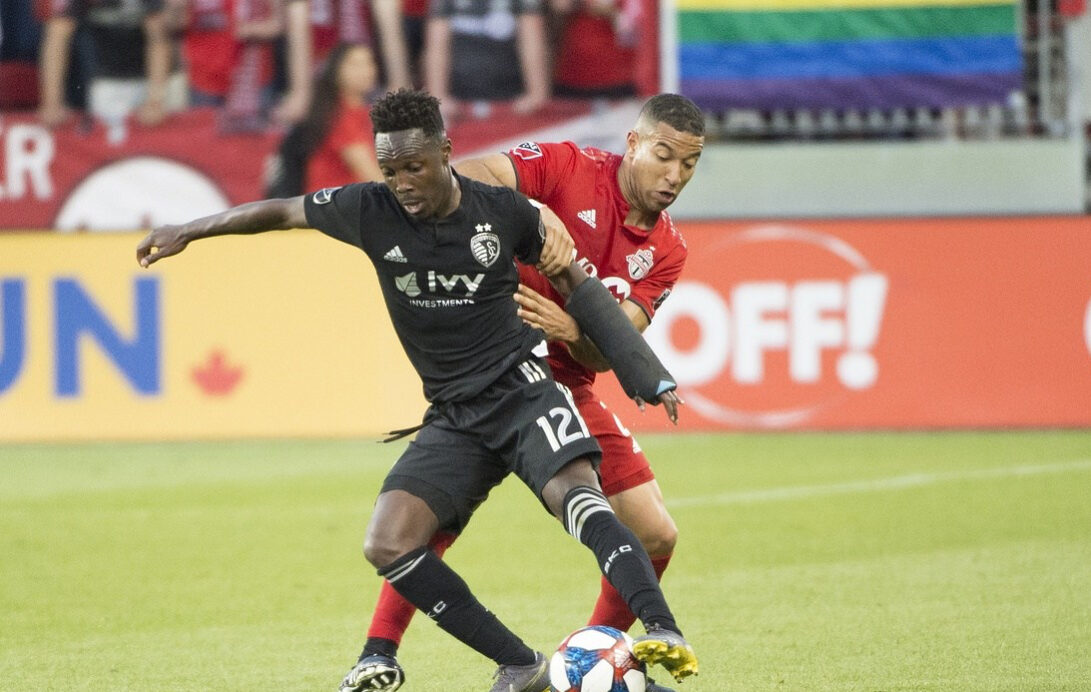 Toronto FC wasn’t able to end their recent winless run but they did pick up a point for the second-straight match.

The sides were level after 45 minutes with TFC hitting back for the first time on the evening. Felipe Gutierrez’s 25th-minute penalty kick put the visitors ahead after Gerso Fernandez was fouled by Drew Moor.

Nick DeLeon scored for the second match in a row, leveling things before halftime. The midfielder got on the end of Justin Morrow’s cross and finished past Tim Melia.

Video review ruled in favor of SKC a second time as Gutierrez this time drew a foul inside of the box. The midfielder stepped up and slotted in his second goal of the night.

The 23-year-old Hamilton netted his fourth goal of the season, playing the hero late for TFC. His right-footed shot beat Melia to end things 2-2 at BMO Field.

TFC sits in seventh place with SKC remain in 10th.

Hamilton came up with the goods late for TFC, scoring late to earn his side a point.

Yohan Croizet started up top for SKC was didn’t really pose a threat outside of one opportunity.