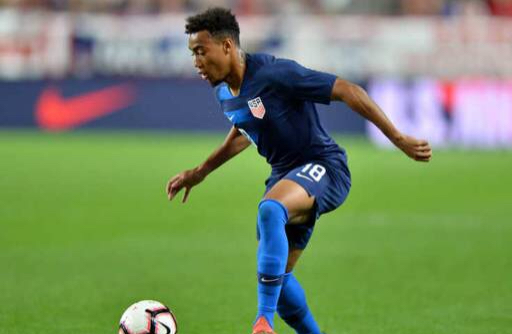 Jonathan Lewis has been added to the U.S. Men’s National Team roster for this Wednesday’s friendly against Jamaica.

U.S. Soccer announced the roster move on Sunday while the Colorado Rapids forward did not appear in a 3-1 club win over FC Cincinnati on Saturday night.

NEWS: @Jon_lewis710 has been added to the #USMNT roster ahead of Wednesday's match vs. 🇯🇲.

Lewis made his USMNT debut in January and made the move from NYCFC to the Rapids this MLS season. He’s registered two assists in four appearances.

Since his move to Colorado, Lewis has registered two goals in four appearances. His arrival has helped the Rapids to a recent four-match unbeaten run, scoring an equalizer last Wednesday against the Philadelphia Union.

The USMNT roster is currently at 29 players heading into Wednesday’s match, but will need to be trimmed to 23 by midnight on June 5th.