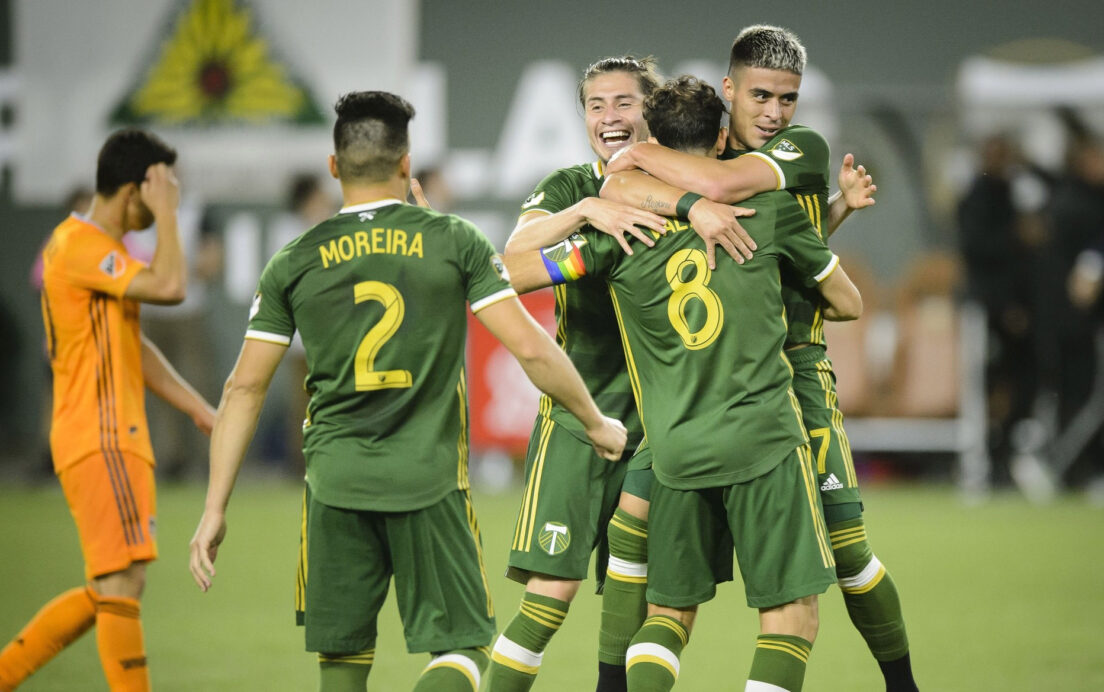 MLS play returned to normal on Saturday night with a five-game slate, as several teams tried to get a leg up on the rest of the competition.

In Texas, FC Dallas played hosts to Toronto FC who were desperately seeking three points after going winless in their previous 7 matches. Strong performances from Dominique Badji and Jesus Ferreira would deny them that opportunity, however, and help FC Dallas secure a 3-0 victory at home.

In other matches across the league, the L.A. Galaxy took all three points from their visit to Ohio when they faced off against FC Cincinnati while Real Salt Lake and the Chicago Fire shared points in Bridgeview.

Here is a closer look at the results from Saturday night’s MLS fixtures:

Toronto’s woeful form continued on Saturday as they dropped a 3-0 result to a strong FC Dallas side.

Dominique Badji opened the scoring on the brink of halftime, tapping in a misdirected shot from 18-year-old Dallas forward Jesus Ferreira in the 41st-minute to take the lead.

Dallas doubled their lead shortly into the second half as Brazilian fullback Bressan was able to nod home a cross from Michael Barrios in the 51st-minute to put FC Dallas up 2-0.

Only seven minutes later FC Dallas would find a third as Ferreira was able to find an open Badji in front of goal for the second time of the night. Badji’s brace was his first multi-goal performance since signing with FC Dallas last summer.

FC Dallas now sit in fourth place in the Western Conference with only a point separating them from fifth place Houston Dynamo. Toronto FC, who have struggled in recent weeks, sit just above the Eastern Conference playoff line in seventh.

FC Cincinnati’s struggles continued on Saturday night as they hosted a strong L.A. Galaxy side, losing the match 2-0.

The Galaxy started hot, scoring in the 12th-minute through midfielder Emmanuel Boateng. A clever chipped pass from Argentine Favio Alvarez put the 25-year-old midfielder in scoring position and Boateng was able to open the scoring, his first goal of the season.

The second goal would come only minutes later as a impressive finish from a difficult angle by Alvarez in the 15th-minute would double the Galaxy’s lead.

There were more scoring opportunities for both sides during the game, but neither attack could push through what was an strong ‘keeping’ display. Both goalkeepers were called on throughout the match to make big saves, including an impressive two-save sequence from Cincinnati ‘keeper’ Spencer Richey.

The dropped result keeps FC Cincinnati at the bottom of the Eastern Conference, and last in MLS, while the L.A.!Galaxy sit comfortably in second place in the Western Conference.

In an evenly-matched contest between out-of-conference opponents, the Chicago Fire battled Real Salt Lake to a 1-1 draw on Saturday night.

The first goal of the match came in the fifth-minute on the back of Chicago midfielder Aleksandar Katai.  A low-driven free kick from outside of the box was enough to beat Salt Lake goalkeeper Nick Rimando and put the home side up 1-0.

A header from Real Salt Lake forward Damir Kreilach nearly leveled the match in the 28th-minute but his attempt skimmed of the left goal post.

In the 32nd-minute Real Salt Lake were awarded a controversial penalty kick as Chicago Fire midfielder Mo Adams was called for handling the ball in the box. Real Salt Lake midfielder Albert Rusnak was ably to calmly slot the penalty shot and level the score at 1-1.

While there were chances in the second half, the match ended in a draw with both goalkeepers only registering one save on the night.

The Vancouver Whitecaps were able to overcome a two-goal deficit to draw 2-2 with the Colorado Rapids on Saturday.

In the 20th-minute Mezquida recorded his second assist of the night, connecting with Colorado forward Kei Kamara to set up midfielder Andre Shinyashiki for a point-blank header.

Vancouver battled back and in first-half stoppage time Rubio brought Whitecaps defender Ali Adnan down in the box leading to a penalty kick. Fredy Montero scored from the spot to cut Colorado’s lead in half.

In the 80th-minute, Vancouver would find their equalizer as forward Yordy Reyna scored a free kick golazo to tie the match, his first goal of the season.

The Vancouver Whitecaps sit in ninth place in the Western Conference, three points ahead of their Saturday night opponents the Colorado Rapids who sit in tenth place.

The Portland Timbers recorded their fourth win in five matches as the defeated the Houston Dynamo 4-0 at home.

Portland Timbers midfielder Marvin Loria opened his MLS account, and the match, with an impressive volley to put the Timbers up 1-0. A long switch from Diego Valeri was knocked down by defender Jorge Moreira who moved out of the way for Loria’s stunning finish.

Loria would return the favor in the second half, drawing a foul in the box at the hands of Dyanmo defender DeMarcus Beasley. Valeri powered home the penalty kick and doubled Portland’s lead.

The Portland Timbers found a third goal in quick fashion, again set up by Diego Valeri. In the 63rd-minute Portland hit the Houston Dynamo on the counter, as Valeria lifted a long ball to newcomer Brian Fernandez who was able to finish clinically past a diving Joe Willis. The goal was Fernandez’s fourth since joining the Timbers in May.

In the 75th-minute, 22-year-old American forward Jeremy Ebobisse would seal the victory curling a long-range effort from inside the box. Diego Valeri registered his third assist of the night on Ebobisse’s goal, tying him with LAFC forward Carlos Vela for the league lead in assists.