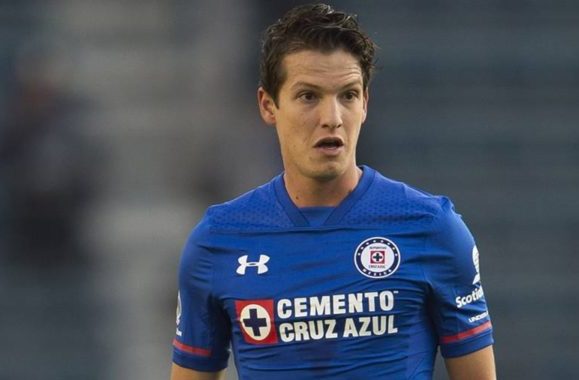 The San Jose Earthquakes added an attacking option to their roster on Tuesday.

“I know Carlos from my time at Chivas,” Almeyda said. “I know him as a person and as a professional. I know he can help us a lot with his style of play. He’s a player that I can use in various positions. I thank the club and the effort they made to be able to buy him. Hopefully he does a great job, which is what everyone hopes for.”

Fierro’s professional career began in 2011 with Guadalajara as he went on to make 153 appearances for the club. He joined Cruz Azul in 2018 and made 13 appearances, scoring one goal. Fierro has also spent time on-loan at Queretaro and Morelia in his career, scoring three goals in 38 appearances.

Born in Sinaloa, Mexico, Fierro has featured for Mexico’s U-17, U-20, and U-23 National Teams, totaling 14 appearances between the three.

The club announced the news on Tuesday as the former U.S. U-20 Men’s National Team assistant will join on July 1st. He’s spent nine years as a coach with various U.S. Youth National Teams, including head coaching stints with the U.S. U-15’s and U-19’s.

“Dave’s blend of experience playing in MLS and Europe, and coaching throughout the United States Youth National Team system, will serve him exceptionally well as an assistant coach here in New England,” Revolution head coach and sporting director Bruce Arena said. “We have a relationship dating back more than a decade, and I’m looking forward to seeing Dave bring his acumen, work ethic, and passion for the game to our staff.”

Report: Joao Plata possible move to Mexico is over

Real Salt Lake commentator Brian Dunseth revealed the latest on Plata’s move, saying that paperwork sent to San Luis was not signed. Dunseth stated the news during RSL’s 1-1 draw with the Chicago Fire on June 22nd, and also referred to Plata as a “complete professional” regarding the situation.

Plata joined RSL in 2013 and since has scored 45 goals in 159 appearances for the club. He’s also spent time with Toronto FC and LDU Quito during his professional season.

The 27-year-old Ecuadorian has only made one league appearance for Mike Petke’s side in 2019.

RJ Allen may be returning to Major League Soccer with a contending club.

According to Pro Soccer USA, Allen is on trial with the Philadelphia Union and was at training on Tuesday in Chester. Allen, 29, is currently with FC Motown of the National Premier Soccer League (NPSL) after being waived by Orlando City in Feb. 2019.

Allen made 53 appearances with NYCFC between 2015-17, scoring one goal. He was later acquired by Orlando City and then-former NYCFC head coach Jason Kreis in a trade. He made 20 combined appearances with the Lions.

The Union are needing depth at the wingback position as Olivier Mbaizo is expected to miss 4-8 weeks due to a partially torn meniscus. Philadelphia travels to face the New England Revolution on Wednesday at Gillette Stadium.

The Montreal Impact added an international roster spot on Tuesday, sending $100,000 in General Allocation Money to the Colorado Rapids in return.

Montreal is currently second in the Eastern Conference and returns to league play on Wednesday against the Portland Timbers at Stade Saputo.

Logan Gdula has been recalled by FC Cincinnati from his loan in the USL.

The club announced the news on Tuesday and Gdula will be available for selection for a June 29th showdown with Minnesota United. Gdula had been on-loan with USL Championship side Hartford Athletic, appearing in six regular season matches.

Gdula was drafted No. 13 overall by FC Cincy in the 2019 MLS SuperDraft after a four-year collegiate career at Wake Forest University.

FC Cincy are currently last in the Eastern Conference.