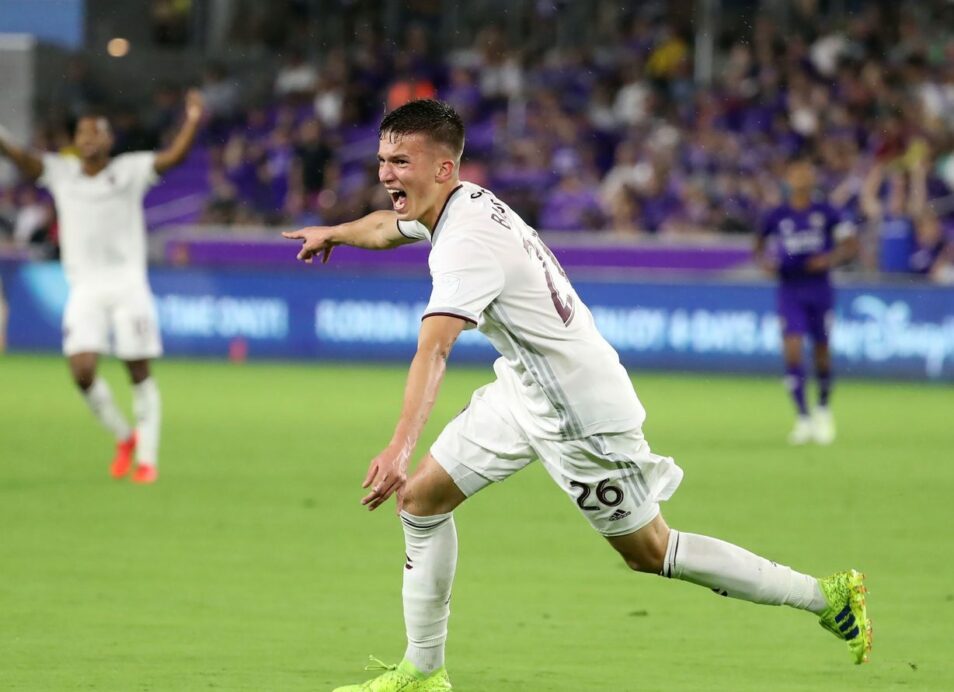 Cole Bassett is reportedly the latest American player being targeted by a Bundesliga club.

According to Goal, SC Freiburg has made a bid for the Colorado Rapids midfielder. Bassett, 17, is enjoying a breakout season for Conor Casey’s team who are currently riding a six-match unbeaten streak.

Any transfer though would have to wait until July 28th, when Bassett turns 18-years-old. Bassett spent time training with Freiburg after the 2018 MLS season and has since emerged with his club this season.

Bassett has scored one goals and added one assist in 12 league appearances this season. After playing only 309 minutes in 2018, Bassett’s playing time has risen to over 600 so far this campaign.

Should Bassett make the move to Germany, he will join a lengthy list of American players overseas.

Carleton did not make the trip on Wednesday for the Five Stripes road match at Toronto FC because he forgot his passport. His absence left Frank de Boer with only six bench players in what ended up being a 3-2 loss at BMO Field.

“Those kinds of things you have influence on and he doesn’t understand right now that’s something he has to learn and take the responsibility,” de Boer said. “Sometimes you have to learn it the hard way.”

The 19-year-old has made seven appearances for the defending MLS champs this season, but will now have to fight for his place with the first team back.

Atlanta United 2 faces Loudoun United on Friday night and Carleton is expected to play a part.

NYCFC will be without Brazilian playmaker Heber for at least two weeks.

According to Pro Soccer USA, Heber has suffered a hamstring injury and did not train with the club on Wednesday ahead of the team’s home showdown with the Philadelphia Union.

The 27-year-old has made an immediate impact in MLS, scoring six goals and adding two assists in 10 matches for NYCFC. He is joined by James Sands and Tony Rocha on NYCFC’s injury report ahead of Saturday’s match at Yankee Stadium.

“I say many times to the players you have to be ready because you never know what will happen, but sometimes in one minute your teammate is injured or you play much better than your teammate and I decide to play with you,” Torrent said. “That’s why it’s important that everyone is involved right now with this team.”

Domenec Torrent’s side are also without Sean Johnson, Alex Callens, and Ronald Matarrita who are on international duty.

The Seattle Sounders added a forward on Friday, announcing the signing of Justin Dhillon.

Dhillon joins from the club’s USL affiliate Tacoma Defiance, where he leads the team with six goals in 14 matches. His arrival adds another option for Brian Schmetzer, who is currently without Jordan Morris (international duty), Raul Ruidiaz (international duty), and Will Bruin (injured/out for season).

Dhillon signed for Tacoma on March 15th and started 10 of his 14 appearances with the club. The 24-year-old has also appeared with L.A. Galaxy II in his career after a four-year collegiate career at Cal Poly University.

The Sounders return to league action on Saturday night against the Vancouver Whitecaps.

Romario Williams will reportedly be joining the Columbus Crew in a trade with Atlanta United.

First reported by the Atlanta-Journal Constitution, the news was followed up by The Athletic who confirmed the move will be official on July 9th when the Secondary Transfer Window opens up.

League source says Romario Williams is headed to the Columbus Crew. Move will be official when the transfer window opens up on July 9. #Crew96 #UniteAndConquer https://t.co/FyPz1mLj82

Williams, 24, has made only two MLS appearances this season, failing to register a point in either. He’s made five appearances with the Charleston Battery of the USL, scoring three goals and scored once in U.S. Open Cup play.

The forward has struggled to find the back of the net in MLS, failing to score in 19 appearances over the last two seasons.