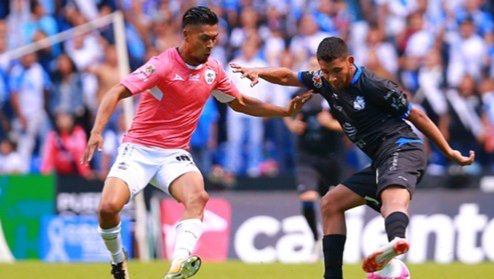 Michael Orozco is making a move to the United Soccer League.

Orozco is recently coming off 29 appearances with Liga MX side Lobos, where he scored one goal. He’s also appeared with Club Tijuana, Puebla, San Luis, and the Philadelphia Union during his professional career.

“Michael is a fantastic player with a resume that speaks for itself. His international experience and leadership will be invaluable to our team,” OCSC Head Coach, Braeden Cloutier said.

Orozco famously scored the game-winning goal for the USMNT against Mexico in an international friendly at Estadio Azteca. He’s totaled four international goals in his senior career.

“I’ve dreamed of one day being able to establish a foundation for my family, show my kids where my passion started,” Orozco said. “It’s an honor to be able to come back to my home town and start a new chapter in my life where I can show the new generation that everything is possible and help Orange County SC win its first USL Championship!”

The terms of his contract are yet to be determined. Orange County SC are currently 12th in the USL Championship’s Western Conference.