Pair of penalties lead USWNT over Spain and into quarterfinals 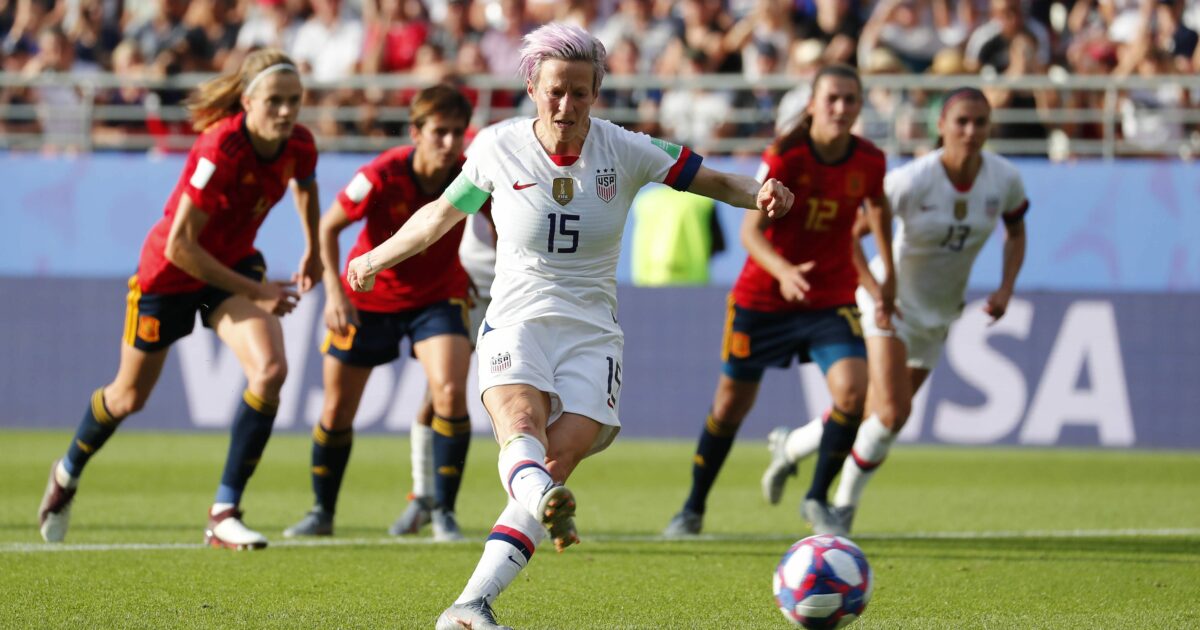 The U.S. Women’s National Team faced its first real test of this year’s Women’s World Cup and they passed it to move on to the quarterfinals.

Megan Rapinoe’s 76th-minute penalty put the USWNT in front and allowed them to survive a gritty Round of 16 match against Spain with a 2-1 win. The attempt came after a lengthy VAR review confirmed that Rose Lavelle was tripped near the top of the box. The delay didn’t bother Rapinoe, however, as she slotted her shot past a diving Sandra Paños in the Spain goal.

Rapinoe had opened the scoring earlier with a penalty after just six minutes. That early lead was short-lived, however. Alyssa Naeher gifted Spain the equalizer in the ninth-minute with a poor distribution effort that allowed Jennifer Hermoso a dangerous chance with the American keeper off her line. It was the first time the USWNT conceded a goal in the tournament.

The two sides didn’t put much together for the rest of the half and went into the break tied at one.

The second half wasn’t much different from the majority of the first. Spain played solid defense and rarely allowed the USWNT much space on the attack. They played a chippy, physical match that eventually led to their downfall. The penalty that led to Rapinoe’s winner came when the USWNT wasn’t really threatening and was the result of a late challenge by Virginia Torrecilla.

Spain pressured more going forward after falling behind, but failed to get a chance thanks to strong possession play and stout defending by Becky Sauerbrunn and Abby Dahlkemper in central defense.

The USWNT moves on to the quarterfinals where they will meet France on Friday at the Parc des Princes in Paris.