Past Gold Cup experience beneficial for both Morris, USMNT 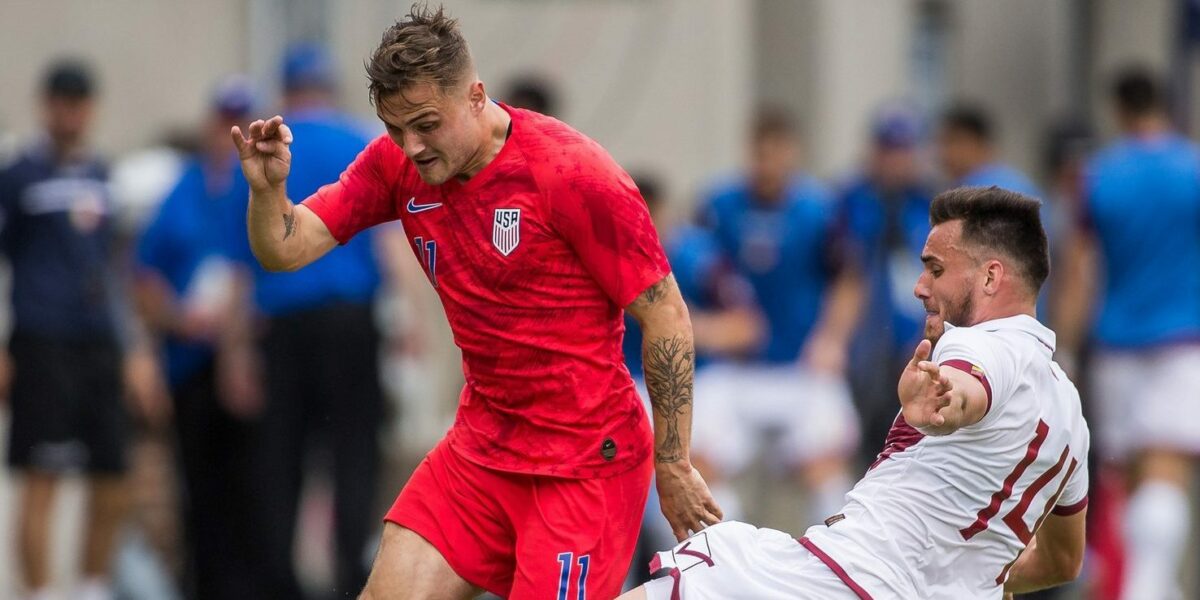 Being able to call on players who have been able to taste success is a bonus for a new head coach and Gregg Berhalter has plenty of that in his U.S. Men’s National Team roster for this summer’s Concacaf Gold Cup.

Out of the nine returning players on Berhalter’s roster from the 2017 winning side, Jordan Morris may be the most crucial in the team’s hopes of repeating as champions. Morris, now 24-years-old, is returning to full fitness from a hamstring injury which forced him out of his last MLS match back on May 16th. After missing all of 2018 due to a serious knee injury, the Seattle Sounders striker is honored to be back with the USMNT.

“It’s such an honor for me to be back with the team this year after a long season out in 2018,” Morris said. “My whole goal when I had those tough days was to push through and try to get back out here. It’s a super honor to represent this country and being able to experience the Gold Cup in 2017 is beneficial to me. I think the guys are excited to get going.”

After missing out in the USMNT’s 1-0 loss to Jamaica on June 5th, Morris returned to the pitch in last Sunday’s defeat to Venezuela and played the final 30+ minutes. His involvement was a positive sight as the team prepares for a June 18th group stage opener against Guyana, a match that the USMNT should win in a favorable group.

Morris and fellow striker Jozy Altidore both played in the 2017 Gold Cup, with Morris scoring the game-winning goal in the 2-1 finals win over Jamaica. Both players are fighting to be fit for the opener and bring different traits to the table, ones that should help the USMNT in attack as they try to rebound from back-to-back June losses.

“Getting to play with two great players [Jozy] and [Christian Pulisic] is always fun,” Morris said. “Playing like a guy with Jozy is great because he’s so good at holding the ball up and playing balls behind for me to get onto. He draws a lot of attention from the opponents so it allows other players to get involved. Christian is very good in space and it’s fun to play with him and Jozy.”

“He [Gregg] just wants me to use my strengths on the field to help the team.” Morris said. “Fitting into the way that he wants to play is something I think that has helped and I think the guys are getting to understand it better. It’s even better that we’ve had the guys together for a longer time this time around. I think it’s been a real productive time together and it’s going to be a fun month or so.”

Morris’ versatility and experience in this competition gives Berhalter a solid option on the wing. With Tyler Boyd, Jonathan Lewis, and Duane Holmes still relative unknowns with the USMNT, Morris has a leg up in the competition for a starting spot should he remain healthy.

Paul Arriola, like Morris, is another option on the wing and can get after defenders too. Although he hasn’t had many minutes of late, Morris isn’t afraid of the opportunity at hand or where Berhalter puts him in the starting lineup.

“Both the left and right are pretty similar for me,” Morris said. “This year I’ve played a lot on the right side but in the past I’ve seen time on the left so I feel pretty equally comfortable on either side.”

“I think I’m getting there, this time before the Gold Cup has helped to get over a hamstring injury. Being out three weeks it’s good to get the fitness back up. I wouldn’t say 100% just yet but I am getting there.”