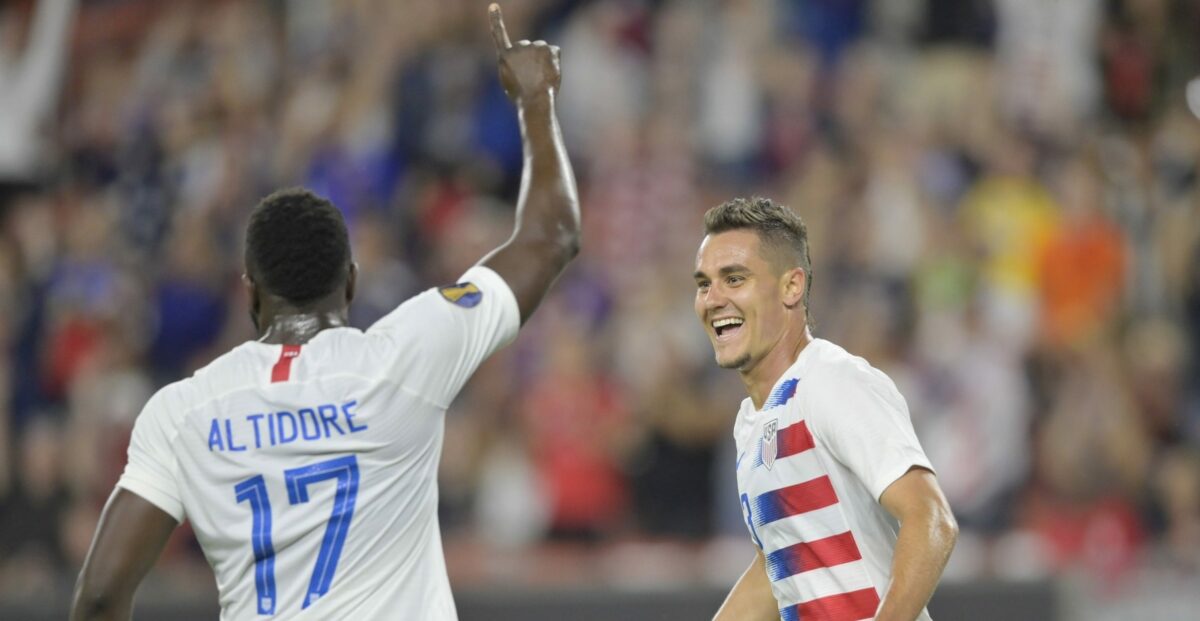 Like T & T eliminated the USMNT from qualifying for the 2018 World Cup, Gregg Berhalter’s side knocked the Soca Warriors out from knockout stage contention with a 6-0 romp in Cleveland. It was the largest margin of victory for the team under Berhalter yet, one which saw several players shine and help the team take its next step towards repeating as champions.

“I think the diversity in our game showed today,” Berhalter said post-match. “We hit a couple of good offensive transitions, we had some good buildup, so I liked that we played with that diversity which in a tournament is important.”

“Our focus was to prepare for this game, knowing that if we won, we go to the next round,” Berhalter said. “That was the focus of the group. Trinidad was in our way and we were focused on advancing to the next round of this tournament and we did that.”

Just like against Guyana in St. Paul, the USMNT opened the floodgates after halftime as their opponents tried to get into the match. Defensively, they did a good job dealing with Trinidad’s wide players and limiting the pressure on goalkeeper Zack Steffen. Offensively, they switched up the tempo and allowed Pulisic, Zardes, and others control the match and call their own numbers in front of goal.

“We talked to the group about just being patient. We felt that over time we would get more breakthroughs,” Berhalter said. “I think it was the first half set up the second half pretty nicely,” he said. “We wanted to have a high tempo, we wanted to keep them moving.”

“We felt that our fitness could have an effect on them. And then a slight adjustment that we made in the second half was dropping our right winger down into the space. Their man rotated into the midfield and we needed to create an extra man, and when we dropped the midfielder down it had a positive effect on match.”

“We moved our right-back up to keep [Cordell] Cato from transitioning, and it pinned him back, but then it created space in the midfield.”

Berhalter’s side will face its toughest test yet on Wednesday at Children’s Mercy Park as they take on Panama with the winning topping Group D. Both teams are 2-0-0 and Panama surely will want to exact revenge of their own following a January defeat to the USMNT in Berhalter’s debut.

The same starting XI took the field in Cleveland that did in St. Paul, four days prior which wonders if Berhalter rolls the dice again. Confidence is at an all-time high for the team under Berhalter, but continued improvement is still needed with teams like Mexico and Costa Rica waiting in the knockout stages.

“There hasn’t been that many adjustments,” Berhalter said. “What we’re seeing is that the team is getting confident again. We’re getting fit. And that’s important. And I would classify today’s a good game.”

“You know we still know that there’s a lot we can improve on. And we want to keep progressing in this tournament.”