Pulisic stars in best performance yet under Berhalter 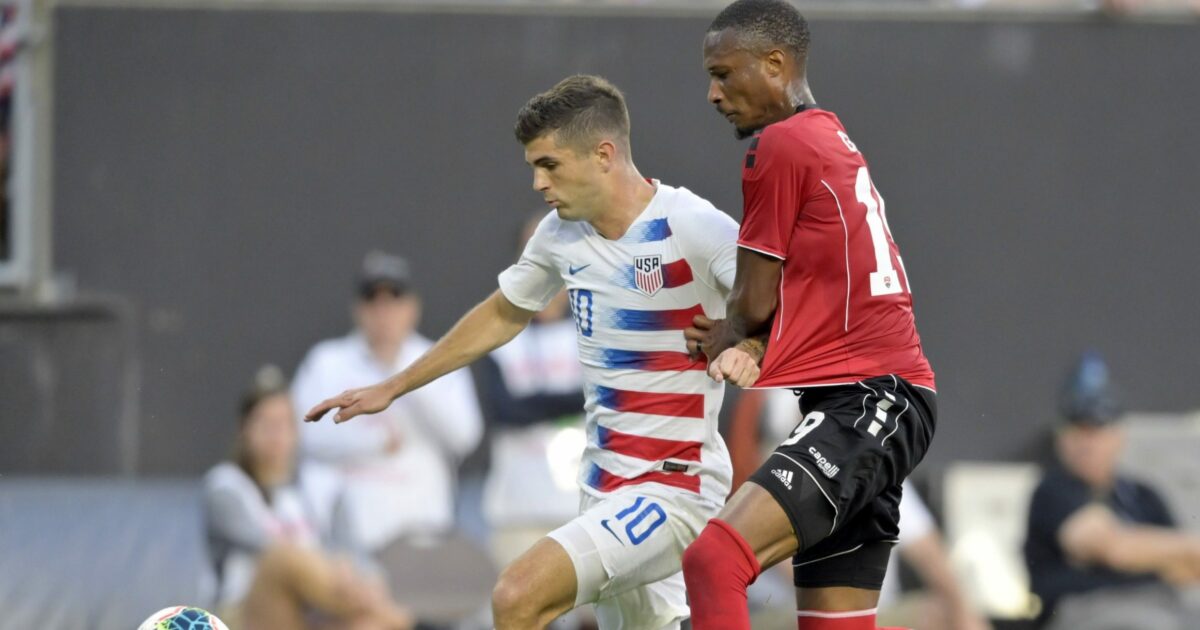 Christian Pulisic was on a different level on Saturday night. The 20-year-old American playmaker was a huge part of the U.S. Men’s National’s 6-0 Gold Cup win over Trinidad & Tobago.

Pulisic scored his 11th-career goal for the USMNT and also added two assists in what proved to be a five-goal second-half for Gregg Berhalter’s side. Even better, the team earned its second-consecutive clean sheet and clinched a quarterfinals berth with the win.

“You know this what we’ve been talking about you know getting a cushion in position where you can change the game,” Berhalter said. “Christian’s got a high level. He’s very dynamic, good vision, good dribbling and it’s about getting him in position to be able to affect what’s happening with him.”

“You know one thing I’ll add on that is you know this was probably his best defensive work that he’s done so far, really good shape and good movement. That was an emphasis before the game so it’s good to see that being executed.”

Pulisic’s first bit of action led to the USMNT’s opening goal. His whipped cross found a diving Aaron Long who headed in for a 1-0 lead before halftime. It was a good attempt from Pulisic, who prior, whipped in a poor free-kick.

The midfielder’s ability and creativity allowed Gyasi Zardes to score his second of the night. Pulisic danced into the box before reversing back to Zardes who roofed his effort. His cool finish four minutes later gave him his first international goal since March.

“After we got that one it was really important going to halftime and then we said you know just keep going keep fighting you know if we keep moving in the box and quickly they’re going to get tired,” Pulisic said. “We wanted to pass the ball and put them under pressure because we knew it would wear them down. I think you saw that.”

“They were very man oriented defensively so it was tough for us to break them down, but eventually we did and did a good job of doing so. When you continue to pressure the whole game it’s going to wear them down and you could see it happen in the end.”

Pulisic’s versatility allows him to roam around in midfield, which is exactly what he did on Saturday night. His cleverness with the ball created some wonderful one-on-one wins for the midfielder, which is something the USMNT needs with tougher competition approaching.

His ability to run with the ball makes him one of the most-dangerous No. 10’s in the Gold Cup, but being able to track back and defend adds another element to his arsenal.

“He can create space for himself,” Berhalter said. “We could use a spark so we give the ball back to him. And the reason why we’re trying to do that is because he has these game-changing abilities and it’s something that you see tonight very very fluid with his movement, dynamic, and able to take players on.”

Up next for the USMNT is a winner-take-all match with Panama on Wednesday in Kansas City. Both teams are 2-0-0 and will be aiming for the top spot in Group D heading into the knockout stage. It will the toughest test yet for Berhalter and his team, but with Pulisic leading the charge the odds will be in favor of the USMNT.

“I feel it was an overall good performance,” Pulisic said. “We really enjoyed every moment of it, the goals looked good. Obviously we’re going to have tougher moments but we’re excited for them after tonight.”