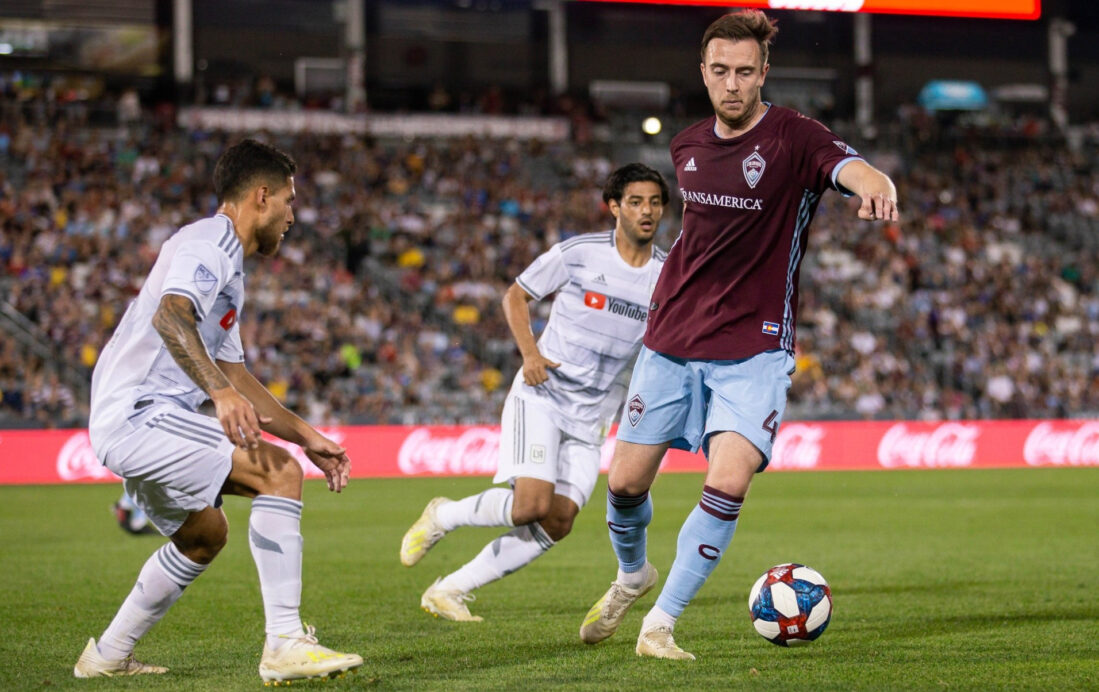 The Colorado Rapids pulled off the result of the weekend at the hands of Major League Soccer’s league leaders.

After a scoreless first-half, the Rapids broke the deadlock from a corner kick. Danny Wilson headed home Jack Price’s cross to hand the hosts a lead in the 49th-minute.

Diego Rossi and Rodolfo Zelaya each had shots saved by Tim Howard while Rossi eventually had a second saved in stoppage time.

Despite owning the bulk of the possession, LAFC lacked the cutting edge in front of goal to lose their first match since April 17th.

The win boosts the Rapids to 10th in the West while LAFC remains atop the Western Conference.

Wilson recorded the winning goal and was also strong defensively on the evening. He win nine duels, one tackle, seven headers, and made three interceptions.

Rossi had the last chance to earn LAFC a point but was unable to beat Howard.

Carlos Vela failed to record a shot on target in the loss, an unusual sight.