Red Bulls bounce back in league play with win over Fire 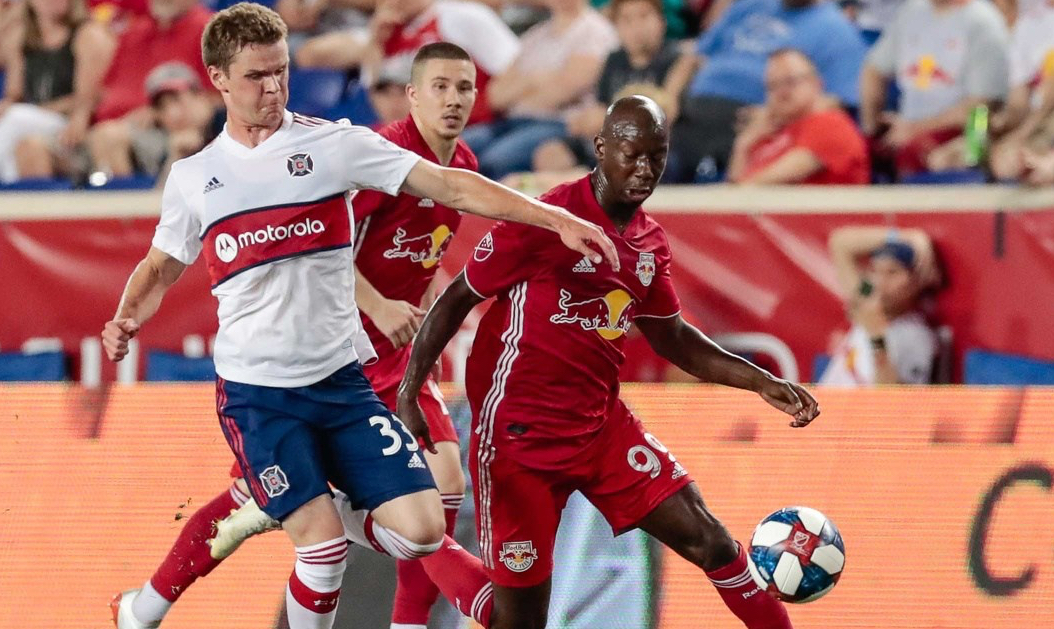 The New York Red Bulls had to wait 20 days to taste victory after suffering a loss in their final match before Major League Soccer’s Gold Cup break. The wait was well worth it, with Red Bulls fans treated to the latest impressive home performance by the Red Bulls.

Daniel Royer registered a goal and assist while Bradley Wright-Phillips helped set up a goal in his first game action since April in the Red Bulls’ 3-1 triumph over the Chicago Fire.

The action started early at Red Bull Arena as Kaku handed the hosts a 1-0 lead in the eighth-minute. His left-footed shot beat Kenneth Kronholm down the middle of the goal.

Dax McCarty’s header off an Aleksandar Katai free kick almost leveled the match while Nico Gaitan was repelled by Luis Robles before halftime.

After a back-and-forth start to the second-half, Brian White slotted in Royer’s assist to double the hosts advantage. It was the 23-year-old’s fifth league goal of the season.

Nemanja Nikolic came off the bench to pull a goal back for the Fire in the 81st-minute but it would be shortlived. Royer roofed an attempt past Kronholm prior to stoppage time to ice the home win.

Chris Armas’ side jumped to fourth place with the win while Chicago are in eighth.

Royer registered a two-point night to lead the way for the Red Bulls who bounced back in front of their home fans.

After it looked like Nikolic’s goal would start a comeback for the Fire, Royer killed any chances with a goal in the dying moments.

Fire midfielder Fabian Herbers was quiet on the night, failing to create much outside of one missed shot.