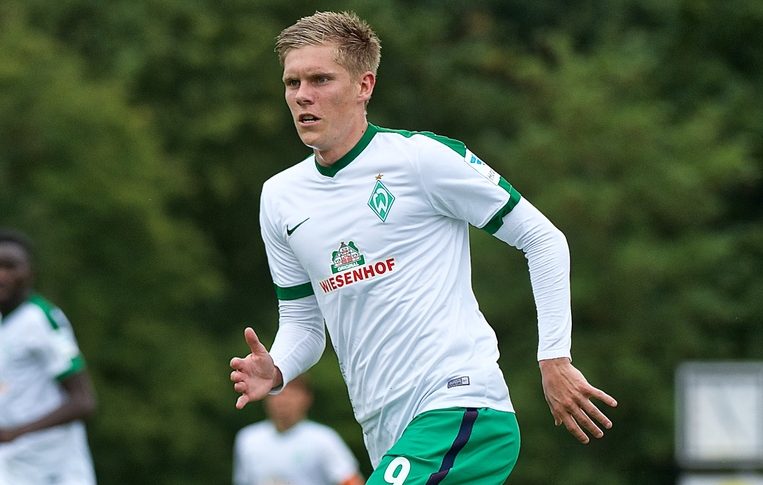 Aron Johannsson is reportedly being linked to Major League Soccer, as his contract with Bundesliga side Werder Bremen is running out.

According to German outlet Deich Stube, Johannsson has been linked with the Seattle Sounders. Johannsson’s arrival would be a needed acquisition for the Sounders, who lost forward Will Bruin for the remainder of the 2019 MLS season with a knee injury.

The club is also without strikers Jordan Morris and Raul Ruidiaz who are both on international duty with the U.S.A. and Peru respectively.

Johannsson, 28, joined Werder Bremen from Dutch side AZ Alkmaar in 2015. Injuries have plagued Johannsson’s career as the forward has only made 28 appearances for Bremen in four years. He’s scored five goals and registered one assist in that time.

He’s also spent time with Danish outfit AGF Aarhus and Icelandic side Fjolnir. His best spell domestically came in 2013-14 with Alkmaar, where he scored 17 goals in 11 appearances.

Johannsson has also won 19 caps with the USMNT, scoring four goals and appearing in the 2014 FIFA World Cup.