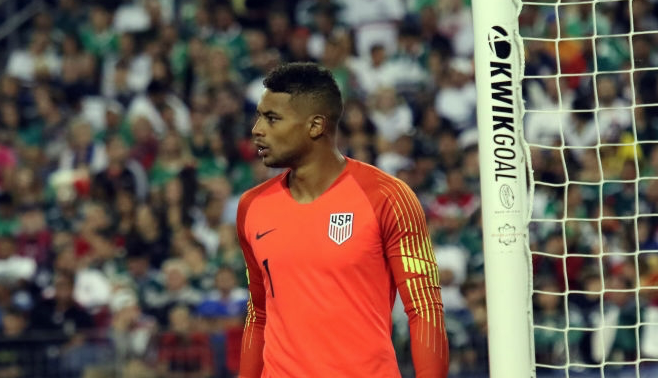 Zack Steffen’s Manchester City debut will reportedly have to wait.

According to the Athletic, Steffen will join Bundesliga outfit Fortuna Dusseldorf on-loan from the English Premier League Champions. Steffen was acquired by Manchester City for $10 million from the Columbus Crew, but spent the first-half of the 2019 MLS season back in Columbus.

#USMNT goalkeeper Zack Steffen is set to head on loan to Fortuna Dusseldorf from Manchester City, per multiple sources with knowledge of the plans: https://t.co/mDg7iexZqH pic.twitter.com/dhgNx9R5DZ

Dusseldorf gained promotion to the German Bundesliga this past season and finished 10th in 2018-19. Steffen will join former USMNT midfielder Alfredo Morales in Dusseldorf, as the team aims for a higher finish in the upcoming season.

The 2018 MLS Goalkeeper of the Year is currently in Annapolis with the U.S. Men’s National Team for a June 5th friendly against Jamaica at Audi Field.

Following Wednesday’s match against the Reggae Boyz, the USMNT will conclude its June friendly schedule in Cincinnati on June 9th. Steffen and his team will open group stage play in the 2019 Concacaf Gold Cup on June 18th against Guyana.