Revs survive Ibrahimovic golazo to give Arena a winning debut 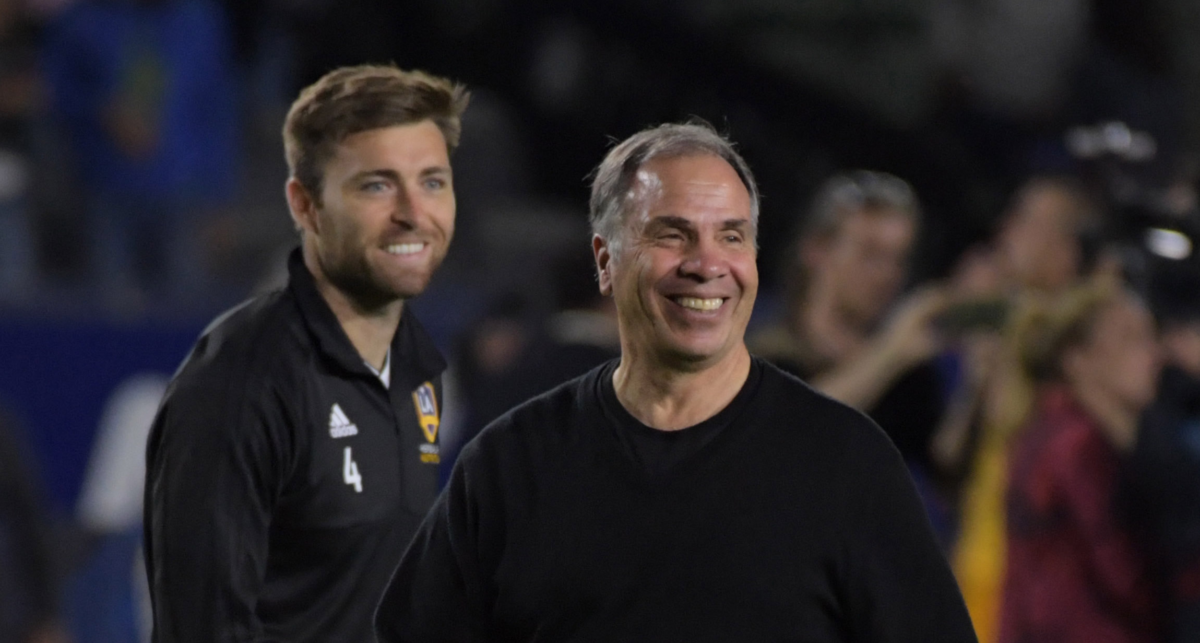 In a game featuring posts, crossbars, and an impressive bicycle goal scored by Zlatan Ibrahimovic, Bruce Arena secured his first win at the helm of the New England Revolution.

Goals from Cristian Penilla and Teal Bunbury stood up despite a late Galaxy surge, helping the Revs post a 2-1 victory in Arena’s first match as Revs head coach.

Zlatan Ibrahimovic scored an incredible bicycle goal to bring the Galaxy within sniffing distance of an equalizer. That tying goal nearly came when Galaxy defender Diego Polenta blasted a shot off the crossbar in the dying seconds, but that was the home team’s final chance before the final whistle secured New England’s first road win of the season.

After a tense first half in which Galaxy goalkeeper David Bingham was called on early and often, the Revs finally broke through in the 45th minute. Revs forward Cristian Penilla found an opening down the right side of the Galaxy’s defense and forced his shot past Bingham to put the Revs up 1-0 at the half.

Revs striker Teal Bunbury doubled the home side’s lead in the second half, slipping between the Galaxy’s center backs and slotting his shot past an onrushing Bingham. The goal was Bunbury’s first since last summer, and also gave the Revs newcomer Carles Gil his second assist on the night.

Ibrahimovic made things interesting in the 87th minute when he cut into New England’s lead with a stunning bicycle kick finish. The goal, Ibrahimovic’s 11th of the season, sparked a late-game surge from the Galaxy, but the equalizer never came.

Carles Gil had a strong night for the Revs, assisting on both goals and drawing four fouls in the process. He almost had a goal in the second half as well.

Zlatan Ibrahimovic’s bicycle kick will be one for the highlight reels. It also sparked a late Galaxy charge, though it fell short.

Daniel Steres had a tough game for the Galaxy. Playing out of position at right back, he was clearly uncomfortable defending New England’s counter attacks, and struggled with his passing.