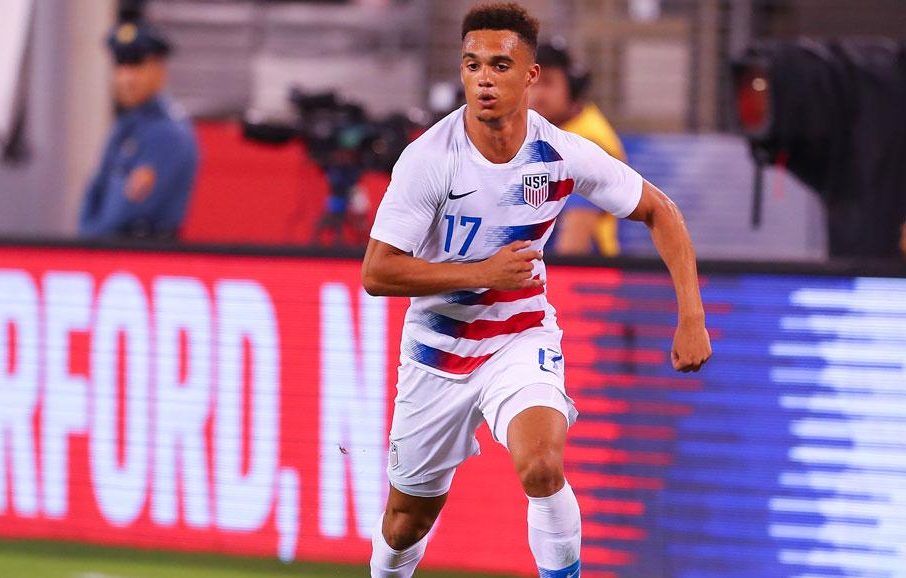 Antonee Robinson was one of many American-based players to head out on loan this past domestic season. Unlike others who maybe took a step back in their development, Robinson breezed forward with Wigan Athletic.

The 21-year-old left back made 26 appearances for the Latics, helping them fight off relegation and remain safe in the EFL Championship. Robinson, an Everton loanee, is currently with the U.S. Men’s National Team in a pre-Concacaf Gold Cup camp. He will return to Everton later this summer for preseason, hoping to stay with Marco Silva’s side for the long-run.

“I’ve definitely learnt a lot over the year and certainly come on as a player,” Robinson told the Wigan Observer. “It’s all progress towards the main goal which is to make the breakthrough at Everton. And this has been another very important season in my career to date.”

“The next goal for me is to kick on towards the Everton first team. I’ll be going back for pre-season fighting fit and raring to go. The manager’s been in touch with me, he keeps telling me what I need to work on and stuff. He’s been pleased with me for what I’ve done this season so I don’t see why he wouldn’t give me a chance next season.”

Robinson registered one assist from his defensive position, but was not shy about advancing upfield and providing service for his teammates. After a lengthy ankle injury suffered in November, Robinson returned to the field in March and went on to start 11-consecutive matches for Wigan.

Even though he was unable to remain with the Premier League side, Robinson enjoyed his time with Wigan and was able to earn valuable minutes against top competition. It’s unsure if Robinson will crack the Toffees first-team squad despite appearing in preseason friendlies last summer.

“I’d recommend this club [Wigan] to any young player wanting to further their development in the game – a million per cent,” Robinson said. There’s no big egos here, it’s a very good bunch of people who all want the best for each other.”

“I’ve had such a great time here on a personal level. The lads have made me feel so much at home, all the staff, it’s been ‘my club’ for a year, it’s not felt like a loan club. I’ll definitely miss the place and I hope Wigan can kick on themselves and move forward as a club.”

Robinson will face a tough battle with Lucas Digne for the starting left-back role at Everton next season. The former PSG, Roma, and Barcelona man is coming off 37 appearances in his first season on Merseyside.