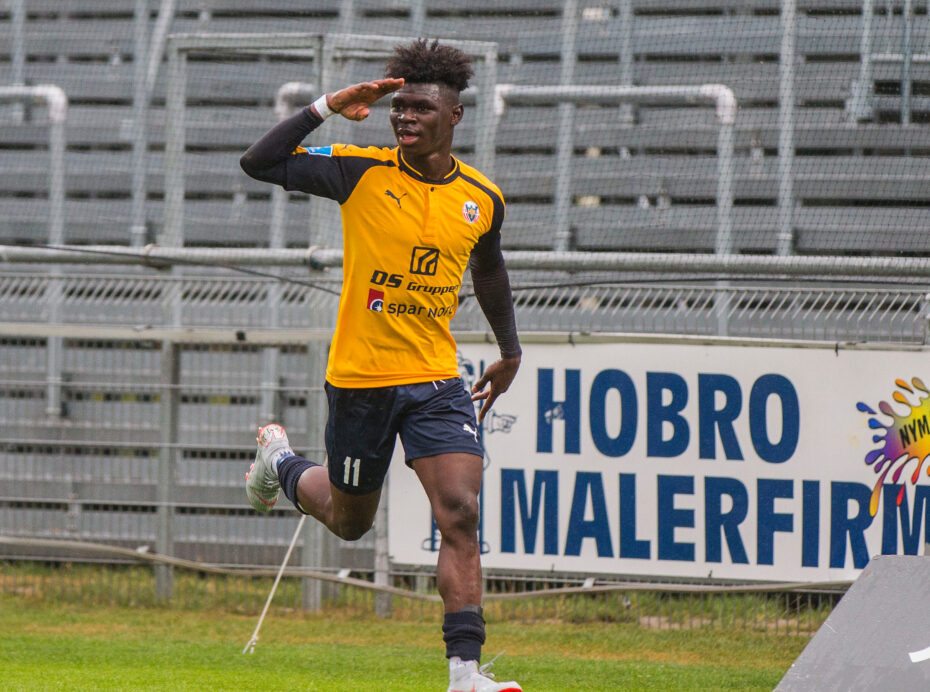 Emmanuel Sabbi was amongst the goals again for Hobro to help them remain in the Danish Superliga.

Sabbi scored the second goal in Hobro’s 2-0 second-leg win over Viborg on Sunday. The 3-0 aggregate scoreline keeps Hobro in the top-flight for 2019-20.

Vito Hammershoy-Mistrati scored in the opening minute to put Hobro in front early at the Viborg Stadion.

Sabbi further insured Hobro’s advantage in the 22nd-minute, using some talented individual work before scoring. The American danced his way past several Viborg defenders before finding the back of the net.

It was Sabbi’s second goal in the tie and his eighth overall this season.

Christian Cappis came on as a 53rd-minute substitute and played the remainder of the match for Hobro. Hobro allowed only three shots on goal in the win out of 17 in total by Viborg.

With their safety guaranteed, the team now heads into the offseason. They take on Aalborg on June 29th for their first summer friendly.