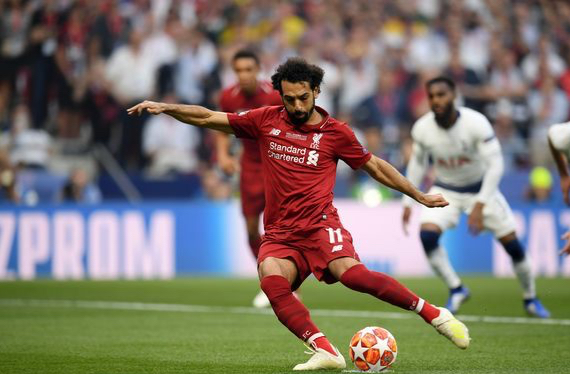 Liverpool weren’t their usual dominating selves but they did enough to lift their first UEFA Champions League title since 2005.

Moussa Sissoko was whistled for handball after 22 seconds which allowed Salah the opportunity to score his fifth goal of the competition. He beat Hugo Lloris down the center of the goal.

Tottenham grew into the match after halftime with Son Heung-Min and Christian Eriksen having the best chances.

The South Korean’s long-range effort was pushed wide by Alisson before Eriksen’s free-kick was punched away as well.

Lucas Moura’s introduction helped give Spurs some more life on offense but even he couldn’t break the deadlock.

Origi came off the bench and sealed the win. Tottenham failed to clear on a corner kick and the Belgian made them pay with a low drive into the bottom-right corner.

Alisson finished the match with seven saves and the busier of the two keepers.

Both teams head into the offseason before going again in August.

Liverpool will face Chelsea in the UEFA Super Cup while Spurs try to rebound off this loss and a fourth-place finish in the Premier League.