SBI QOTD: What did you think of the USWNT’s lopsided win? 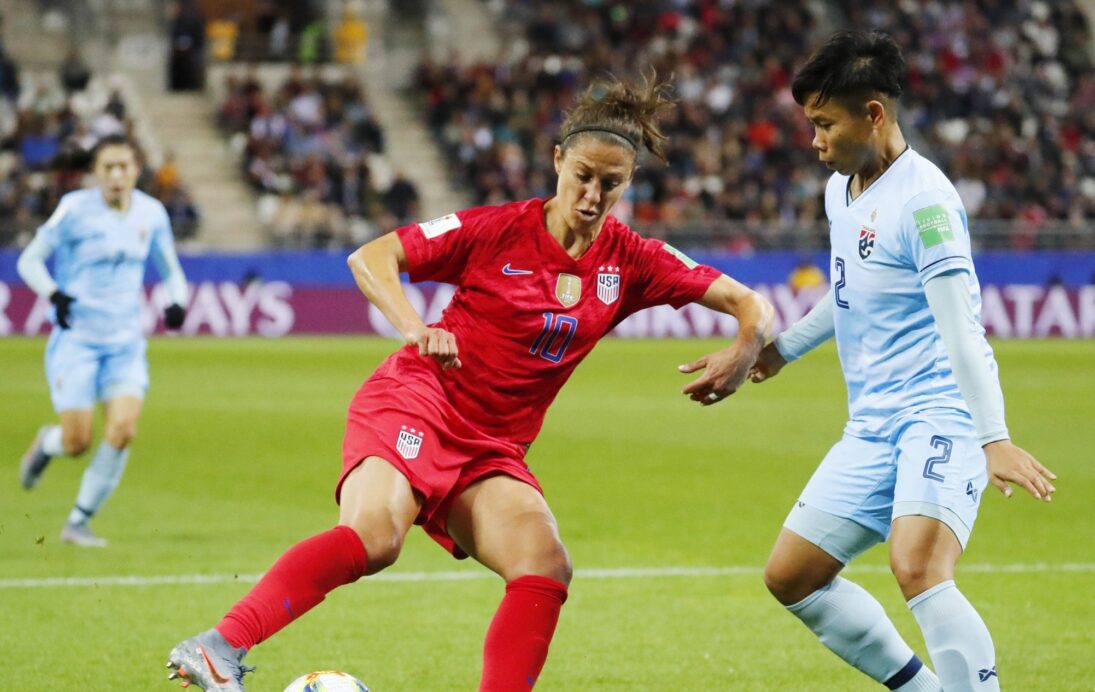 The U.S. Women’s National Team kicked off group stage play at the 2019 FIFA World Cup with a bang.

Jill Ellis’ side rolled to a 13-0 victory over Thailand in Reims on Tuesday, scoring 10 goals after the halftime interval. The win was the largest-ever in the history of the World Cup which also saw striker Alex Morgan score five goals herself.

The USWNT showed no mercy in the triumph, causing many fans to question whether or not the 10 second-half goals was needed. Thailand was held to two shots on goal in the match and only 28% possession, while the USWNT recorded 40 shots in total.

Now headed into a Matchday 2 contest with Chile on Sunday, it will be intriguing to see if the team gives some starters a break or not. A win over the South American side will most-likely clinch the U.S. a place in the knockout stage of the tournament.

With the result over, SBI wants to know what did you think of the 13-0 win? Could the team have relaxed in the second-half and called off the dogs?

Share your thoughts in the poll and comments section below.