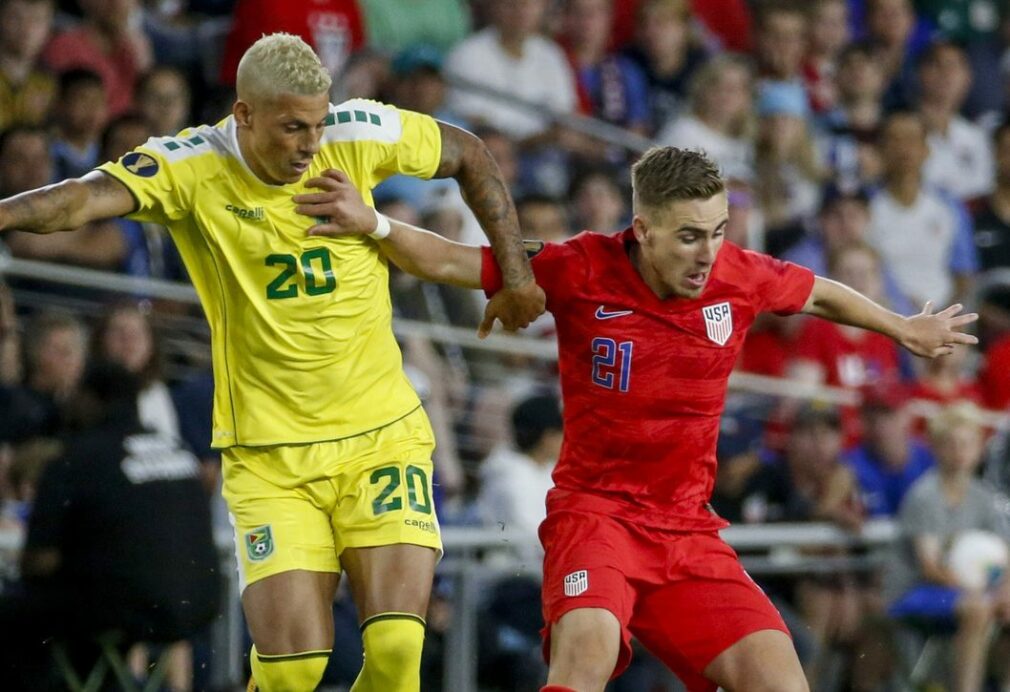 Tyler Boyd’s first competitive start for the U.S. Men’s National Team could not have gone much better.

The recent addition to Gregg Berhalter’s squad scored his first two career international goals in the USMNT’s 4-0 Gold Cup win over Guyana, while also having numerous positive moments as well at Allianz Field.

Boyd’s ability to get after defenders was on display early as he made some positive runs behind the Guyana backline. He may have missed two shots in the first-half, but was not shy of testing his luck in front of goal.

His goal was a clinical one after halftime, stroking a right-footed shot into the bottom-left corner. Boyd’s night was not done there as he crossed a ball to the back post for Paul Arriola who missed just wide of goal.

The winger added his second of the night at the top of the penalty box, beating Axel Clarke to the top-right corner.

Boyd’s addition to this roster adds another valuable weapon in the attack as the team now prepares for Trinidad & Tobago on Saturday.

Boyd beat out Paul Arriola, Weston McKennie, and Michael Bradley for Man of the Match honors.

What did you think of Boyd’s performance? Can he continues to win a starting spot in Berhalter’s starting XI? What do you expect out of Boyd in the upcoming group stage matches?