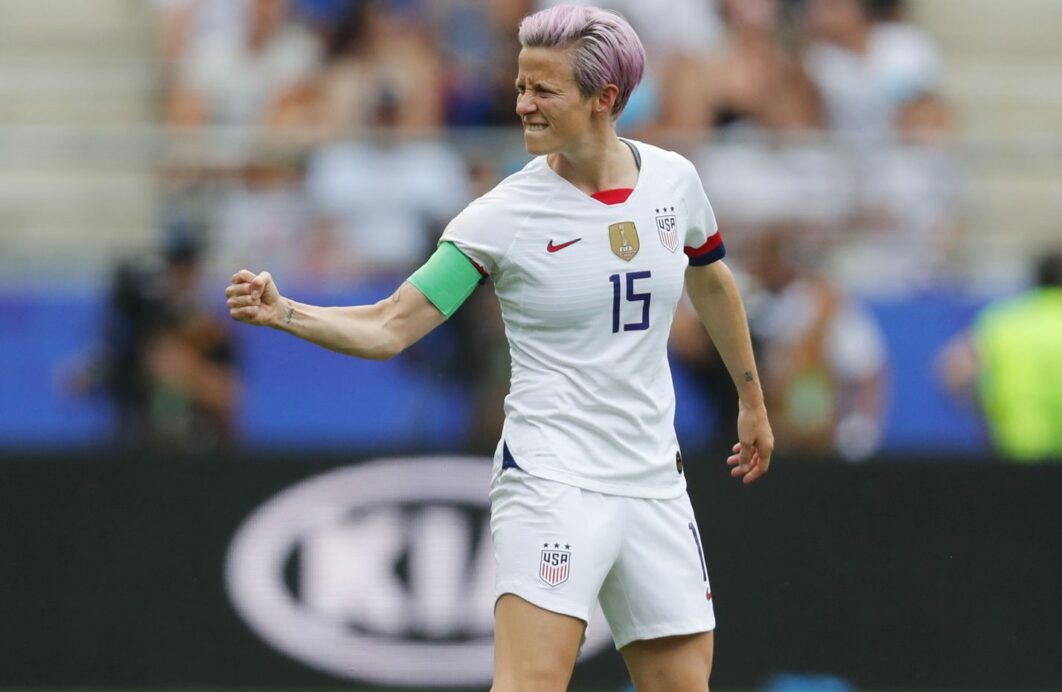 The U.S. Women’s National Team clinched a spot in the 2019 FIFA Women’s World Cup quarterfinals, thanks to a pair of penalty-kick goals from Megan Rapinoe.

Rapinoe scored in each half to hand the USWNT a 2-1 Round of 16 win over Spain, earning her SBI USWNT Woman of the Match honors. It was Rapinoe’s first two-goal performance at this summer’s tournament, which now gives her three goals in total.

Her first came seven minutes in as she sent goalkeeper Sandra Panos the wrong way, blasting home into the bottom-left corner.

After seeing Spain equalizer not long after, the USWNT continued to press for a winning goal after halftime. Rapinoe scored her second of the day in the 76th-minute, this time sneaking her penalty kick underneath Panos and into the bottom-right corner.

Rapinoe also finished the match with eight won duels, a perfect 2/2 in tackles, and one interception. She also completed 78% of her passes on the day.

The USWNT’s depth continued to shine as Rapinoe was the latest to play the hero for Jill Ellis’ side. Up next is a date with hosts France in Paris in the quarterfinals on Friday.

What did you think of Rapinoe’s performance? Was this her best performance in the World Cup so far? Do you expect more goals from her the remainder of the tournament?