Toronto FC hits back for draw at Whitecaps 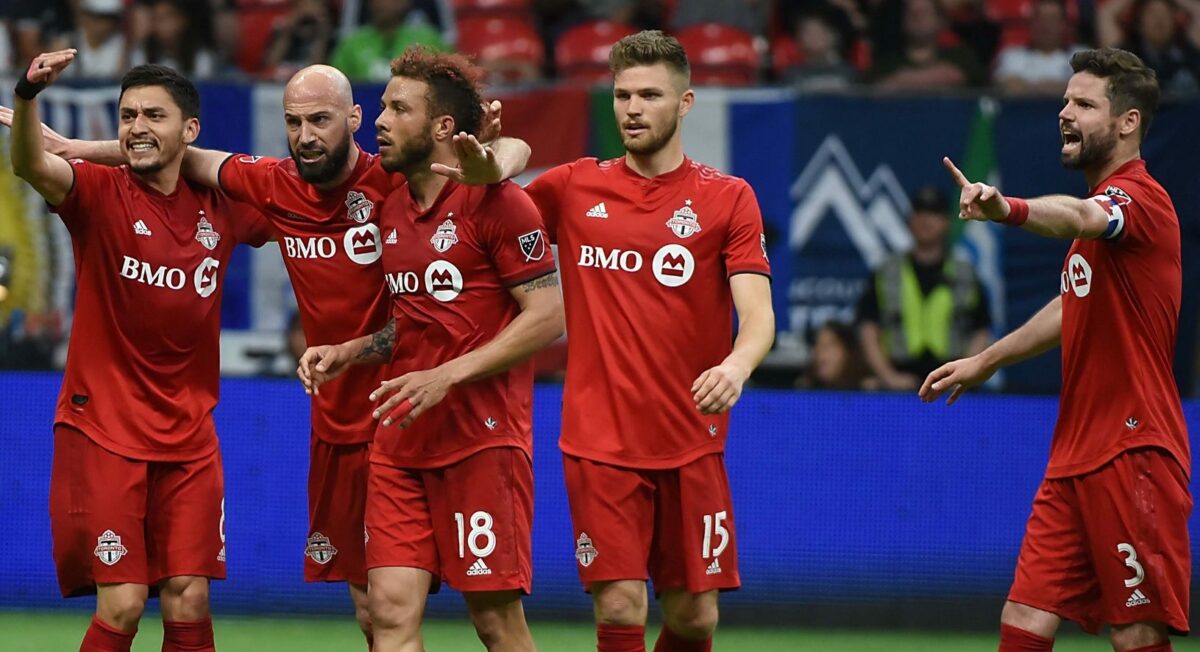 Toronto FC was staring a three-match losing streak right in the face at BC Place but Greg Vanney’s side used a late equalizer to avoid that on Friday.

Toronto FC had the better of the chances throughout the match with Terrence Boyd, Alejandro Pozuelo, and Marky Delgado all being repelled by Maxime Crepeau.

It was the hosts who broke the deadlock in the 84th-minute with Fredy Montero scoring from the penalty spot. Yordy Reyna was fouled by veteran Drew Moor allowing Montero to score past Quentin Westberg for his fifth goal of 2019.

The lead would not last long though as second-half sub DeLeon rifled past Crepeau to earn his side a point.

TFC (5-6-3) are in seventh place and next host Sporting KC on June 7th. Vancouver (4-6-6), eighth in the West, conclude a three-match homestand on June 22nd against the Colorado Rapids.

DeLeon has been a fine addition to Toronto FC this season and his worth came up good against on Saturday.

When it looked like the hosts would walk away with three points, it was the visitors who hit back. DeLeon’s second goal of the season proved to be huge, yet TFC still remains winless in their last six matches.