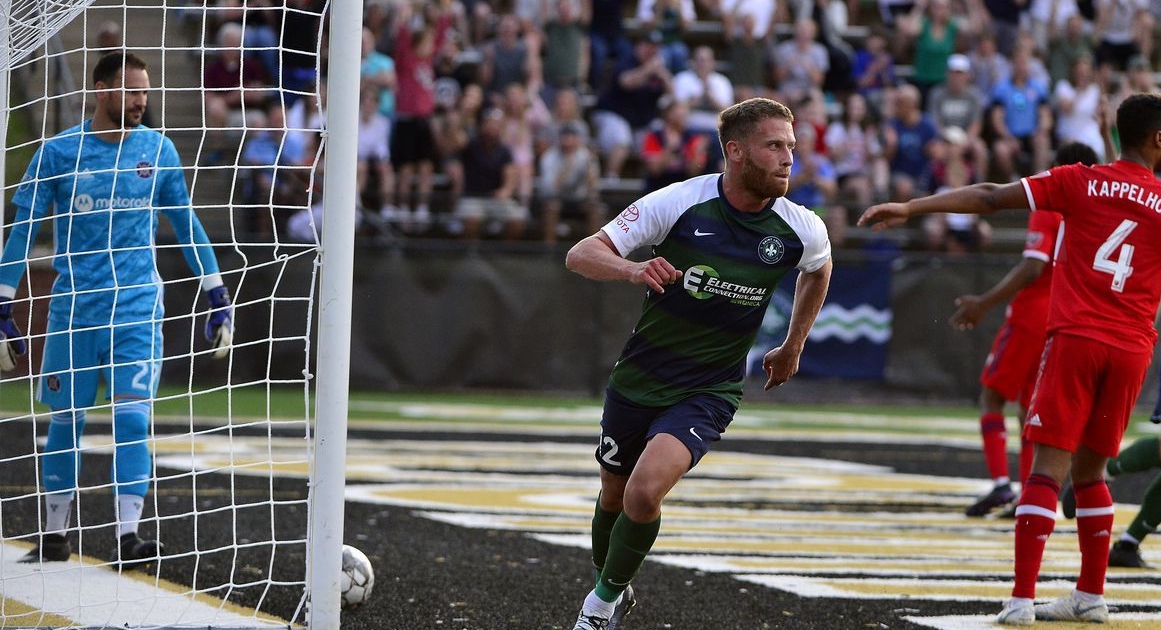 The fourth round of 2019 U.S. Open Cup got underway on Tuesday with one MLS side already suffering an upset to lower-league competition.

USL’s Saint Louis FC pulled off a 2-1 home win over the Chicago Fire, scoring two goals in a four-minute span. Austin Martz’s header in the 17th-minute for Saint Louis before Gay Abend notched the hosts second goal just four minutes later. Goalkeeper Tomas Gomez made a triple-save in the first-half to preserve a 2-0 halftime lead. Nemanja Nikolic pulled one back from the penalty spot in the second-half after Djordje Mihailovic was fouled. However, that would be the closest the Fire would come to a comeback as they became the first MLS side eliminated.

Teal Bunbury scored a brace including the game-winning goal in the 109th-minute to give the New England Revolution a 3-2 road win over the New York Red Bulls. His lofted shot between two defenders into the far corner handed Bruce Arena his second win as Revs head coach. Juan Agudelo’s opener came in the first minute for New England before Tom Barlow equalized in the 19th. Christian Casseres put the hosts in front after 54 minutes, but Alex Muyl failed to score from the penalty spot to further extend the Red Bulls lead. Bunbury pounced in the 85th-minute to level things at 2-2. Luis Caicedo was sent off for picking up a second-yellow card, but the Revs would have the final say as Bunbury scored his third goal since Arena took over.

MLS leaders LAFC scored three goals on the road to eliminate Real Salt Lake 3-0. Carlos Vela slotted in a left-footed strike in the eighth-minute to break the deadlock. Latif Blessing played in Lee Nguyen who extended the visitors lead in the second-half ahead of Adama Diomande’s injury time rebound. LAFC moved on to the fifth round of the competition.

Atlanta’s United match at Charleston Battery  was postponed due to weather.