Ulloa: “We know the fans are hurting” 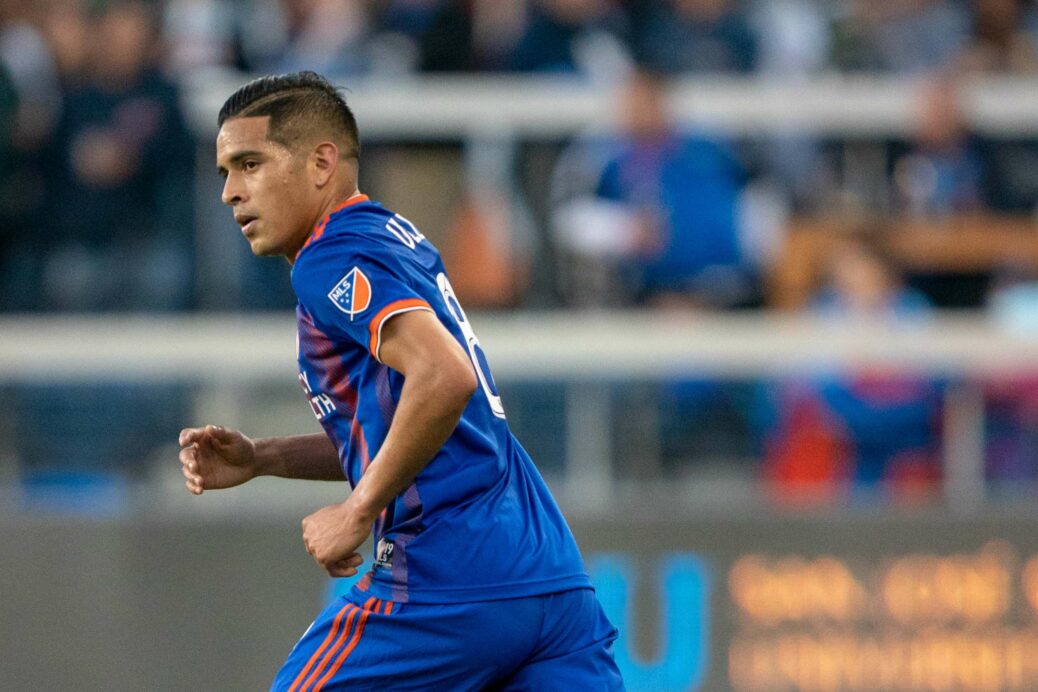 Nobody had a blueprint for exactly how hard FC Cincinnati’s short runway to its inaugural MLS campaign was going to be. In no small part, the franchise’s fan base throughout its USL years played a big factor in the fast track to becoming Major League Soccer’s 24th team.

Fast forward to Week 17, the Orange and Blue find themselves in the cellar of the Eastern Conference with an unconvincing line of 3-12-2 in league play, and fresh off of their deflating U.S. Open Cup exit at the hands of USL side, Saint Louis FC.

The weeks have been dense. The span has seen an incumbent head coach fired, star player arrested, and a failed possible loan-to-buy-experiment among other things.

Midfielder Victor Ulloa has been one of the only points of consistency for the expansion side. One of the rare players with nearly a decade of MLS service to his name, and only at age 27, he might be Cincy’s greatest asset at the moment.

He admits that the season is unlike any other he’s seen in his career.

“I learn something new every day. It’s a different experience and I’ve never experienced something like this. Coming to a new team and the results not going our way, the changes we’ve had, I mean it’s a new experience for me,” Ulloa said. “I just have to embrace it.”

Something that’s important to remember, he didn’t necessarily have a say in coming to Cincinnati. After spending his entire professional career with FC Dallas and earning the Homegrown Player designation, he was left unprotected at the expansion draft and Cincinnati plucked him from his literal and figurative hometown team where retrospectively, you’d agree that he’d probably rather be at this stage of the season.

“I’m a little bit angry about that, the message that got conveyed. I gave a five-minute interview and it was a one-quote line. My message in St. Lous was that we were in a tough situation, we weren’t playing well and we didn’t like the way that we were creating chances in possession out of the back and everything just wasn’t going our way, and we were getting beat in every aspect of the game.”

The thing about the quote in question is, he isn’t wrong, even if he didn’t want to be the first to say it.

It is undeniably tough being a Cincinnati player right now. Remove the on-field aspects and you’re looking at a group of players who don’t know who will be coaching them in the next few weeks, and add a great deal of uncertainty for the group when a GM gets hired with the intent of making personnel changes.

However, he’s wearing the Cincinnati uniform well through it all. Being the throughline of a midfield unit which has been volatile with personnel is a tall task. Too, he finds himself mentoring rookie midfielder Frankie Amaya on top of playing with many others who are experiencing their first MLS tour.

“You can bend me, but you aren’t going to break me,” Ulloa said. “That’s the way I get to games and get to training, and I try to transverse that and inspire it with the team.”

“Sometimes it’s difficult. We don’t like losing. We lose and get those frustrations sometimes but at the end of the day, we’re a good group. We’re united and if we can keep this momentum, take the positive things, fix the negative and the goals, I think we can turn it around. We have a lot of games left and we can’t lose hope.”

Hope can be hard, especially most recently where the team quite honestly should have beaten the net L.A. Galaxy but fell 2-0. Cincy was on the offensive front and sustained pressure for the majority of the match, but simply couldn’t finish its chances. Showing improvement within the losses doesn’t offer much inspiration though as the club is falling farther behind the pack with each passing week.

“We want to win and we know that the fans are hurting, and it huts us even more as players because of the amazing support that they give us game-in and game-out,” Ulloa said.

Despite recently being linked to Liga MX side Chivas Guadalajara once again in his career, Ulloa is committed to turning things around in Cincy, even if that means wearing more hats than he should have to.