Union jump atop East after gritty win in Minnesota 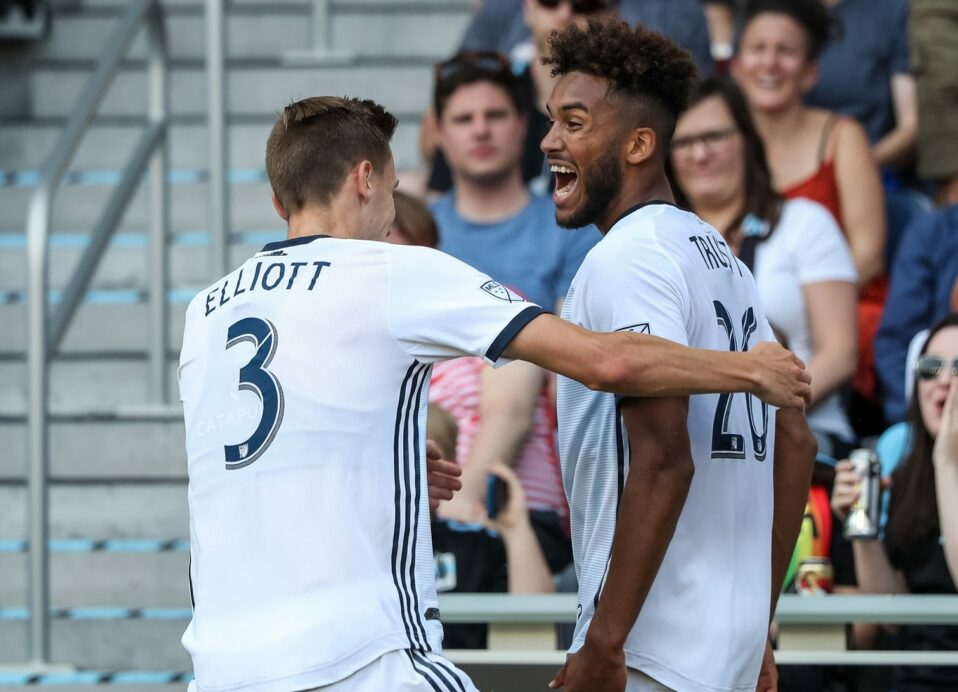 The ball hadn’t been bouncing in favor of the Philadelphia Union over the last two weeks. The team fought hard, but only picked up two points from a possible nine during a three-match homestand.

Sunday’s performance in Minnesota was not dominating whatsoever, but the Union walked out of Allianz Field with three points after a 3-2 win. They were the first team to hand Minnesota United a loss on their home field and with that were able to jump into first place in the Eastern Conference.

“Look, all things considered, third game in a week, first team to win in this stadium, we reflect back on the last three games where maybe we’re the team that gets 20+ shots on goal, I think that the guys were rewarded for hard work,” Curtin said. “Basically, we didn’t play a perfect game today but showed a lot of grit, I think dug deep. Guys pushed in a smart way.”

“Credit to Minnesota, they have a way of playing that no matter how hard you try to stay disciplined, you really get stretched end to end. They have a lot of dangerous attackers, Adrian’s done a great job with them, but overall to stick with it and to give up a goal and to still have the character to get the third is the sign of a first place team.”

It was the team’s first match with three goals or more since May 4th, which also improving defender Auston Trusty score his first game-winning goal. The Union were hit back twice by the Loons, but got the last laugh as they earned their second straight win over the 2017 expansion side.

“It was a very difficult game for us, very difficult,” Haris Medunjanin said. “We had three games home that we played good. We created lots of chances but we didn’t win. Now, you know, maybe we didn’t play that good, we defend a lot because they are a good team, they’re pushing all 90 minutes but you know. Big win for us. Ugly game but a huge win for us as a team.”

Jamiro Monteiro continued his strong season in MLS, standing up in a tough fight against Ozzie Alonso. The Frenchman also found the back of the net, as did Haris Medunjanin who did so in style with a beautifully-taken free kick. It was a massive three points for the Union, who showed that they can earn points even when not at their best.

“We knew we had to make up points, we played good against Seattle, played really good against Portland but got punished on the counter, and had good moments against Colorado and fell asleep and got punished,” Curtin said. “We had to take points tonight, that was the reality. We played for a win, we were aggressive, we made offensive subs, and the guys really responded well.”

“We don’t want to get into the situation where we have to chase three points on the road because it’s hard in this league to do it, especially on the third game of the week, but credit to the players, they stepped up in a big way.”

Up next for the Union are three five-straight matches against Eastern Conference opponents, including dates with the in-form New York Red Bulls and NYCFC. Mixed in with those fixtures is a trip to D.C. United in the U.S. Open Cup fourth round and the start of the Concacaf Gold Cup, which will Andre Blake and Warren Creavalle gone on international duty.

Sunday’s win was a good start to the month of June, but the reality is the team needs to follow it up next weekend against the Red Bulls. They are tied with Atlanta United for the best home record in the Eastern Conference, and will need to use the motivation from today to win at Talen Energy Stadium.

“It’s good, it’s definitely where we want to be,” Trusty said. “We can’t get to places if we don’t treat every road game and every home game the same with great mentality and kind of just continue on from that.”