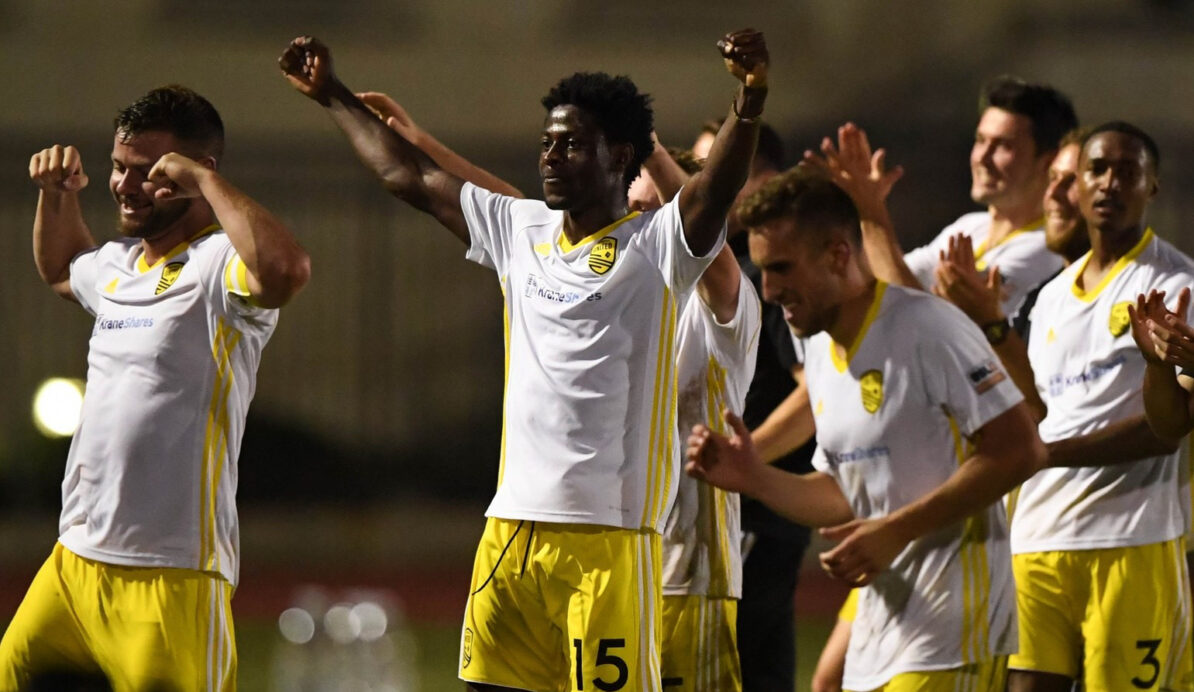 The Round of 16 of the U.S. Open Cup is almost in the books, and two lower league teams are still in contention to become champions. On Wednesday night, New Mexico United and Saint Louis FC upset their MLS opponents to gain entry into the Open Cup quarterfinals. A solid defense from New Mexico United and a late goal from Saint Louis FC were enough to see the sides through to the next round.

New Mexico United entered their match against FC Dallas on Wednesday night having lost their last two games in USL Championship play. A win in penalty kicks against the Colorado Rapids in the quarterfinal round of the U.S. Open Cup was a bright spot in their recent form, but on short rest finding a result against FC Dallas would always be a challenge.

New Mexico United found a way to secure victory on Wednesday night 2-1 however putting them in sniffing distance of silverware.

The match began even with both teams trading blows in the early going. In the 41st-minute FC Dallas opened the scoring. Recently returning from the Under-20 World Cup midfielder Brandon Servania scored an incredible shot from outside of the box to put FC Dallas ahead.

The lead would not last long though as New Mexico United’s U.S. Open Cup hero Kevaughn Frater leveled the score off of a rebound in the 45th-minute. The goal was Frater’s third of the tournament and 13th in all competitions.

In the second half New Mexico United continued to build momentum and found a go-ahead goal through defender Sam Hamilton in the 64th-minute. In a scramble near FC Dallas’ goal, Hamilton was the final touch that New Mexico United needed to take the lead and ultimately win the match.

New Mexico United will now go on to face Minnesota United, who defeated the defending champions the Houston Dynamo July 10th at 8:00 on ESPN+.

Saint Louis FC’s match against FC Cincinnati was far less exciting, with the only goal of their 1-0 win coming in the dying moments of the game. Saint Louis FC required a bit more luck to beat FC Cincinnati as they secured a 1-0 victory and a berth into the U.S. Open Cup quarterfinals.

The match remained scoreless until the third minute of stoppage time when Saint Louis FC defender Sam Fink headed in a corner kick to put the USL Championside up 1-0 and through to the quarterfinals.

Here are all of Wednesday’s results:

Here are the U.S. Open Cup quarterfinal matchups as of Wednesday night’s results: