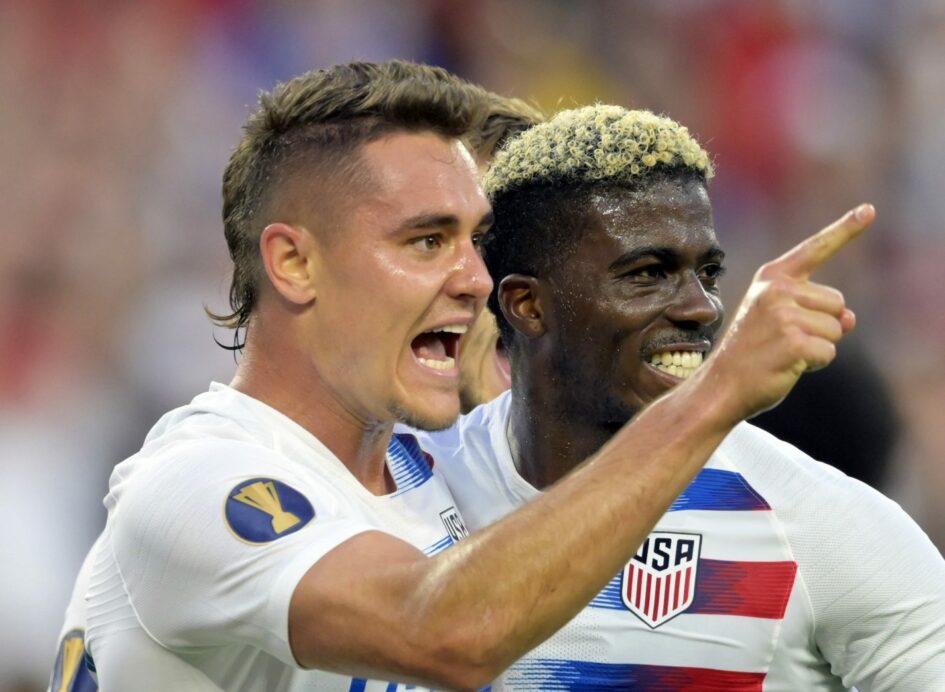 The U.S. Men’s National Team has taken steps forward in each of its first two group stage matches at the 2019 Concacaf Gold Cup. With a spot in Sunday’s quarterfinals already confirmed, Gregg Berhalter’s side will try to finish atop Group D as they face Panama on Wednesday night.

Children’s Mercy Park will play host to Matchday 3 with two Concacaf rivals set for a winner-takes-all showdown. It will be the second meeting between the USMNT and Panama this calendar year, with Gregg Berhalter’s side running away 3-0 winners back in January.

“Yeah we started to watch Panama and we’ll go more in depth in the next few days but obviously they’re a tough opponent in Concacaf,” defender Walker Zimmerman said. “We’ve had a lot of really good games with them. We saw them in January, but a lot of different players came into camp for them.”

“So you know we expect a tough game and the same time we our goal is to win the group. We aren’t just satisfied advancing through and we set a goal to win the group beforehand so that’s certainly going to be on our mind. And I know everyone will be up for it.”

A 6-0 hammering of Trinidad & Tobago last weekend handed Berhalter his largest margin of victory as USMNT boss. It also saw Christian Pulisic raise his game with a three-point performance, Gyasi Zardes silence his critics with two goals, and the backline extend its current shutout streak to 185 minutes.

The question for Berhalter will be whether or not he gives several key players a rest ahead of Sunday’s quarterfinal in Philadelphia. Jozy Altidore and Jordan Morris came off the bench against T&T and showed positive signs. Pulisic and Weston McKennie are two likely targets for rest as the duo will surely be needed against whoever they face out of Group C.

“So the guys feel good right now,” Berhalter said. “You know part of us analyzing the game against Guyana saying okay we need to take another step as a group. We need to keep progressing as a group and it made more sense to play the same lineup. So we looked at who performed well in their position, who was able to keep their spot.

“And we found that everyone was able to keep their spot. In this case you know as we go into the Panama game the guys are feeling good right now. So you know for us it’s assessing where everyone is and then making the appropriate decisions tomorrow.”

Panama are also looking not only for revenge against the USMNT, but also the top spot in Group D. Julio Dely Valdes rotated his strikers against Guyana in Matchday 2 in a 4-2 win over the group minnows. Abdiel Arroyo scored, while Gabriel Torres also came off the bench to find the back of the net.

The Panamanians will be the toughest test for the USMNT so far in this Gold Cup, but overall it will be good to see if the team can continue its confident run. Unlike Guyana and T&T, who were under pressure for majority of their meetings with the USMNT, Panama will be eager to go forward and attack as they try to knock off one of the tournament’s favorites.

“But this team [Panama] they won their first two matchups, they are looking to obviously win the group as well. I think they’re definitely going to be up for it and it’s our responsibility to make sure we come out with the right attitude and right mentality to win it.”

The USMNT will meet either Jamaica, El Salvador, or Curacao in the quarterfinals on June 30th.