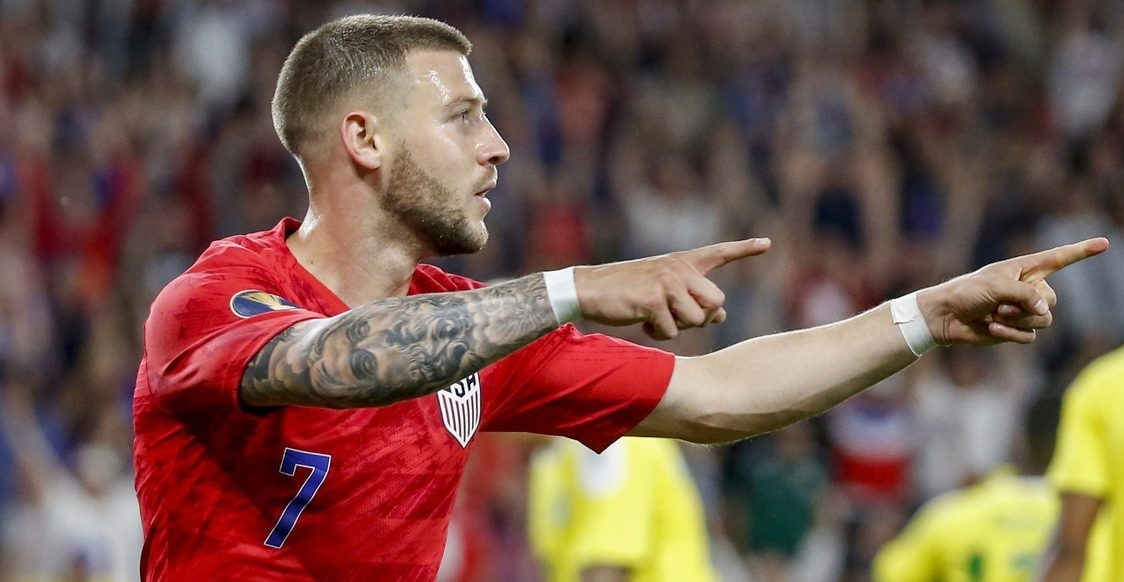 The U.S. Men’s National Team showed its quality on Tuesday night to pick up its first three points of the 2019 Concacaf Gold Cup. It may not have been the prettiest performance early, but Gregg Berhalter got his first tournament win as USMNT head coach.

Tyler Boyd scored his first two goals for the USMNT, while Paul Arriola and Gyasi Zardes also scored in a 4-0 win over Guyana at Allianz Field. Arriola also added two assists in addition to one apiece for Weston McKennie and captain Michael Bradley.

After being frustrated by Guyana, the USMNT broke the deadlock in the 28th-minute. Weston McKennie slid a pass to the streaking Arriola who curled an effort into the right-corner for the opening goal.

It was Arriola’s fourth career goal for the USMNT.

Boyd continued an impressive first-half in his first competitive start, playing a great long pass to Arriola. After some passes inside of the box, Zardes fed Boyd who missed just wide of goal for the second time on the night.

Nick Lima was set up nicely to double the USMNT’s first-half lead but Akel Clarke punched the right-back’s attempt away before halftime.

Boyd added to the USMNT’s lead in the 51st-minute thanks to a great over-the-top ball from Michael Bradley. After controlling the pass, Boyd hit a low strike into the bottom-left corner for his first goal as a member of the USMNT.

The goal was also the 1000th in the history of the USMNT in its 700th-career match.

Zardes tallied the USMNT’s third of the night in the 56th-minute, benefitting from great positioning in the box. Arriola’s wicked shot hit Zardes in the face and found the back of the net.

Boyd’s cross to the back post a minute later was set up perfectly for Arriola to score his second of the night. However, the D.C. United man headed into the side netting after racing onto the winger’s cross.

Zack Steffen made his lone save in the 69th-minute, punching away Keanu Marsh-Brown’s effort.

The lone negative for the USMNT was McKennie’s departure midway through the second-half. After going for a header, McKennie reached for his hamstring and eventually was replaced by Djordje Mihailovic.

Boyd smashed in his second of the night in the 81st-minute, rifling a shot past Clarke.

The USMNT sits atop Group D on goal-differential and next takes on winless Trinidad & Tobago on Saturday in Cleveland. Guyana faces Panama on the same day.