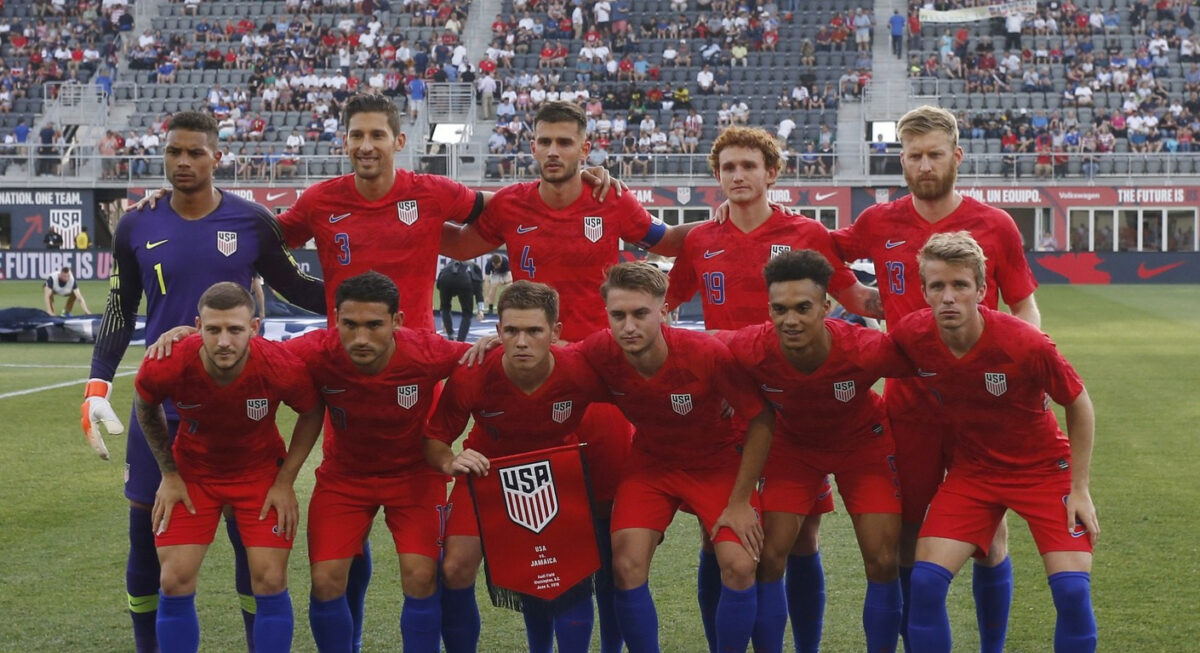 The U.S. Men’s National Team has dropped six places in the latest FIFA rankings, which were released on Friday.

After June defeats to both Jamaica and Venezuela, Gregg Berhalter’s side enters the Concacaf Gold Cup ranked No. 30 in the world.

Ten Concacaf representatives are in the top 100 while only three sit in the top 50. Tata Martino’s Mexico are currently No. 18 while Costa Rica is No. 39.

The USMNT suffered the drop after a pair of defeats to teams ranked lower than them in the standings.

Portugal was the only team in the top 10 that moved, jumping to No. 5 after winning the UEFA Nations League. Belgium, France, Brazil, and England are the top four ranked teams with Portugal now sitting fifth.

The USMMT opens up group stage play on Tuesday in the Gold Cup against No. 177 ranked Guyana in St. Paul, Minnesota.