USMNT hang on for quarterfinal win over Curacao 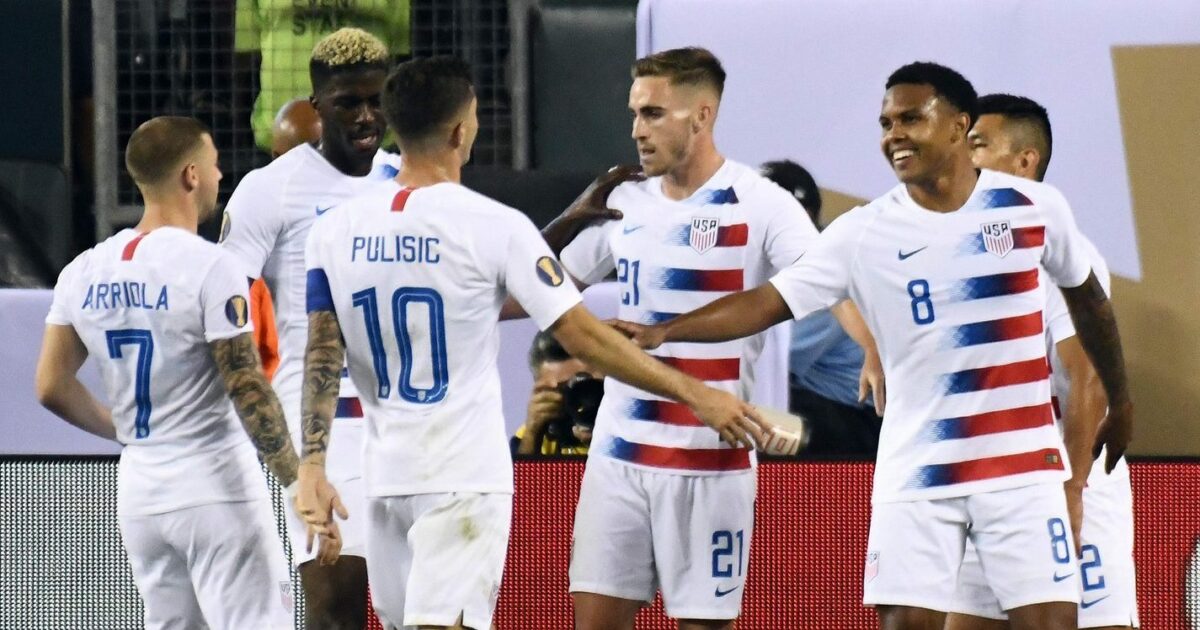 PHILADELPHIA — It wasn’t pretty, but the U.S. Men’s National Team got the job done in the City of Brotherly Love.

Gregg Berhalter’s side booked a rematch with Jamaica in the 2019 Concacaf Gold Cup after a slim 1-0 win over Curacao on Sunday night.

Weston McKennie scored his second-career international goal while Christian Pulisic registered his third assist of the tournament in the USMNT’s fourth-consecutive win since losing a pair of June friendlies.

Pulisic had a great effort to break the deadlock in the second-minute, but was denied by a fingertip save from Eloy Room.

The USMNT continued to own possession throughout the first-half, but continued to wait for a breakthrough. Pulisic missed an effort wide, while Curacao bunkered down and tried to defend their way to halftime.

Pulisic used his creative ability though in the 25th-minute to break the deadlock. After a couple of stepovers, the midfielder crossed a ball towards the back post allowing McKennie to head home his first goal of the tournament.

Curacao’s best first-half effort came in the 41st-minute as defender Darryl Lachman headed just over the crossbar on a corner-kick. Leandro Bacuna’s dangerous run won the corner, but the centerback could not put away a golden chance at an equalizer.

Pulisic created room for a shot in the 56th-minute, but it missed just wide of the left post.

Curacao’s Leandro Bacuna forced Zack Steffen into his best save of the night, punching over the midfielder’s shot in the 84th-minute which look destined for the top-left corner.

Steffen made three saves in total on the night to preserve his third clean sheet of the tournament.

The USMNT will face Jamaica on Wednesday in Nashville with the winner advancing to July 7th’s final against either Mexico/Haiti. It will be a rematch of the two sides who met earlier this month in friendly play at Audi Field, which the U.S. lost 1-0 to the Reggae Boyz.