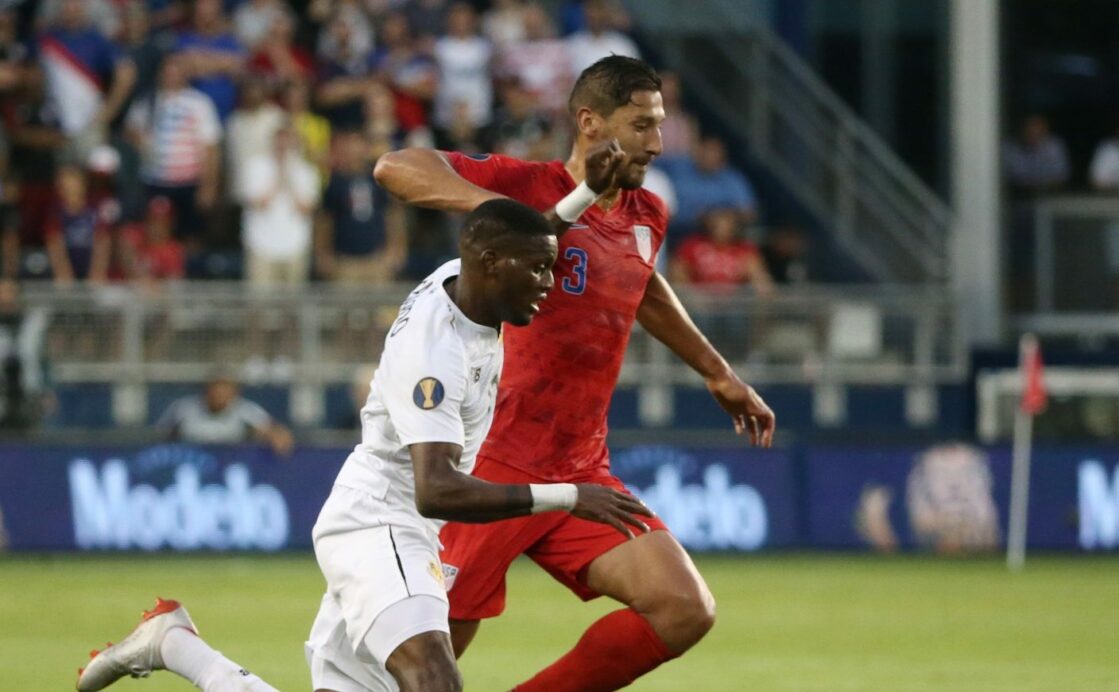 When a head coach makes 11 changes in his starting lineup, there is always going to be some questions asked. U.S. Men’s National Team head coach Gregg Berhalter gave 11 players their first starts of the 2019 Concacaf Gold Cup on Wednesday night and it paid off.

A 1-0 shutout win over Panama capped off a perfect group stage for the USMNT who finished 3-0-0 and topped Group D. Jozy Altidore made the most of his first start since 2017, scoring the game-winning goal, while Reggie Cannon and Matt Miazga put in strong outing defensively. Overall, it was a satisfying way to head into the knockout stage.

“I think everyone helped themselves tonight,” Berhalter said. “It was a very physical Panama team and we had some warm conditions out there tonight so I think the guys showed great determination. We believe in the group, we believe in keeping the group together and that everyone can contribute for the team’s success. We wanted to show that. The guys have been training well and they deserved the result.”

“I think we learned a few things about this group, one they were brave on how they approached the game. It was warm and we wanted to be aggressive. The guys can dig in and even after we scored. The team spirit has been really good right now and it was good to see them play.”

Against a physical Panamanian side, the USMNT showed grit and determination to get the job done. Altidore showed flashes of his old self with his hold-up play, ability to win fouls, and his eye for goal with a bicycle-kick finish after the hour mark.

Although the team didn’t rack up the number of offensive chances like against Guyana or Trinidad & Tobago, they defended extremely well against Panama’s speedy offensive threats. Omar Gonzalez and Miazga were rarely troubled, Sean Johnson didn’t have to make a single save, and Reggie Cannon and Daniel Lovitz were physical on the back end to frustrate Panama after 90+ minutes.

“I think it means the world to the entire group that he has confidence in everyone,” Gonzalez said. “We said before, the star of the show is the group as a whole. It gives us confidence that he can make full changes across the board and we’re still able to pick up a good result. It was on us to get the result and we won the group so now we move on.”

“I thought the team showed great resolve in grinding out the win. It took a lot out of us and Panama was very tough and organized as a unit. I’m very happy about the group and after the goal we were able to shut it down. We made goals before the start of the tournament to win the group, post clean sheets, and earn wins and I thought the entire lineup did great against a tough rival.”

Christian Pulisic, Gyasi Zardes and Tyler Boyd all appeared off the bench to help freshen things up. A positive too was no player got hurt in the match knowing they have two full days remaining to prepare for a date with Curacao in Philadelphia in the quarterfinals.

Curacao surprised in Group C, finishing just behind winners Jamaica and tying the Reggae Boyz on Matchday 3. Led by former English Premier League players, Cuco Martina and Leandro Bacuna, the Cinderella story has zero to lose and Berhalter isn’t planning to overlook them one bit.

“One thing for sure is I know there is a connection between the Dutch and Curacao, from my playing days and Earnie’s relationship as well with the Netherlands,” Berhalter said. “This is a team we cannot take lightly, I am sure of that. We were watching footage on them earlier today and they are talented and can score goals. It’s a Cinderella story, they have done a great job getting through their group. We have our sights on advancing so we will be prepared for them.”

The USMNT will have play the final quarterfinal on Sunday at Lincoln Financial Field, after Jamaica takes on Panama on the same day.