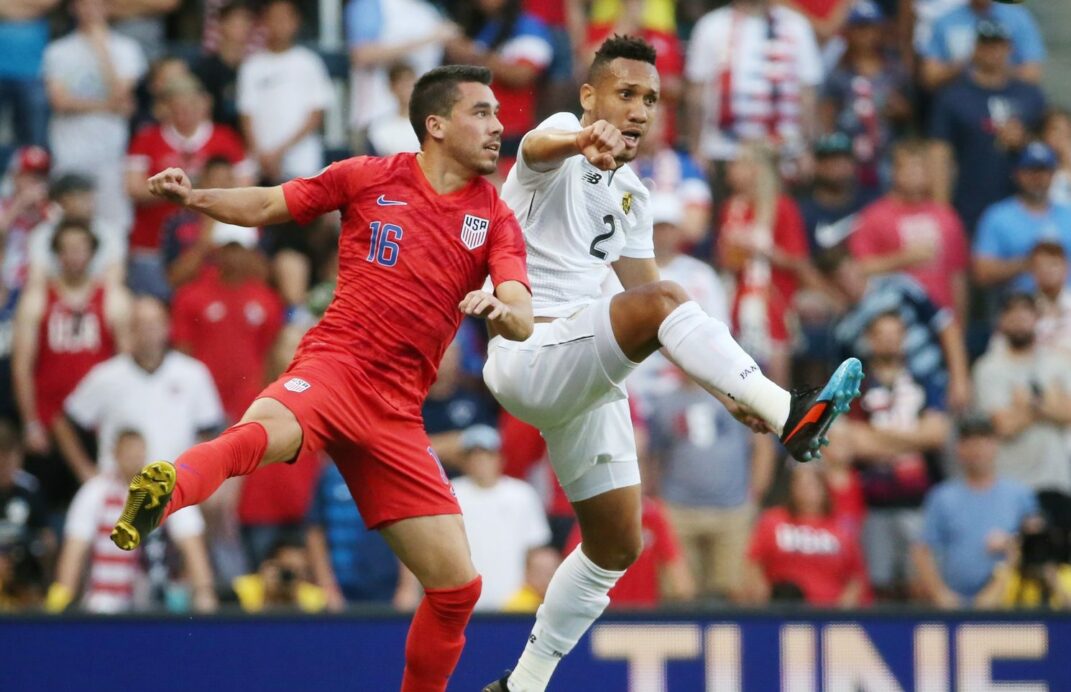 U.S. Men’s National Team striker Jozy Altidore made the most of his first start of the 2019 Concacaf Gold Cup, scoring the game-winning goal on Wednesday night.

Altidore’s second-half bicycle kick was the difference at Children’s Mercy Park as Gregg Berhalter’s side downed Panama 1-0 to win Group D and set up a quarterfinal date with Curacao on June 30th.

Altidore had the best chance of the opening half, forcing Luis Calderon into his first save of the evening after 21 minutes. The striker hit a shot from point-blank range but Calderon pushed the effort wide.

Cristian Roldan picked out Reggie Cannon with a great pass down the right flank early in the second-half but the wingback was unable to gather the ball.

Christian Pulisic was brought on after the hour mark with the USMNT needing a goal. It wasn’t the 20-year-old playmaker who broke the deadlock though as Altidore finished Matt Miazga’s headed pass for his 42nd-career international goal.

Being able to fend off Panamanian defenders, Altidore’s effort found the back of the net to put the USMNT in front.

Tyler Boyd and Gyasi Zardes also came off the bench but were unable to add an insurance goal late. Altidore also had a good look from a free-kick, but sent his shot into the stands.

Omar Browne and Edgar Barcenas had looks to tie it up for Panama but were unable to test Sean Johnson, who wasn’t forced into a single save on the night. Fidel Escobar made Johnson dive to his left in the 90th-minute but the shot eventually whiskered wide of goal in the end.

It was the USMNT’s second-consecutive win over Panama this calendar year and its third straight overall. The team finished the group stage with three straight shutout wins and a +11 goal differential.

The USMNT will face Curacao in the final quarterfinal matchup on Sunday in Philadelphia, while Panama plays earlier that day against Jamaica.