USWNT clinch knockout round berth with shutout win over Chile 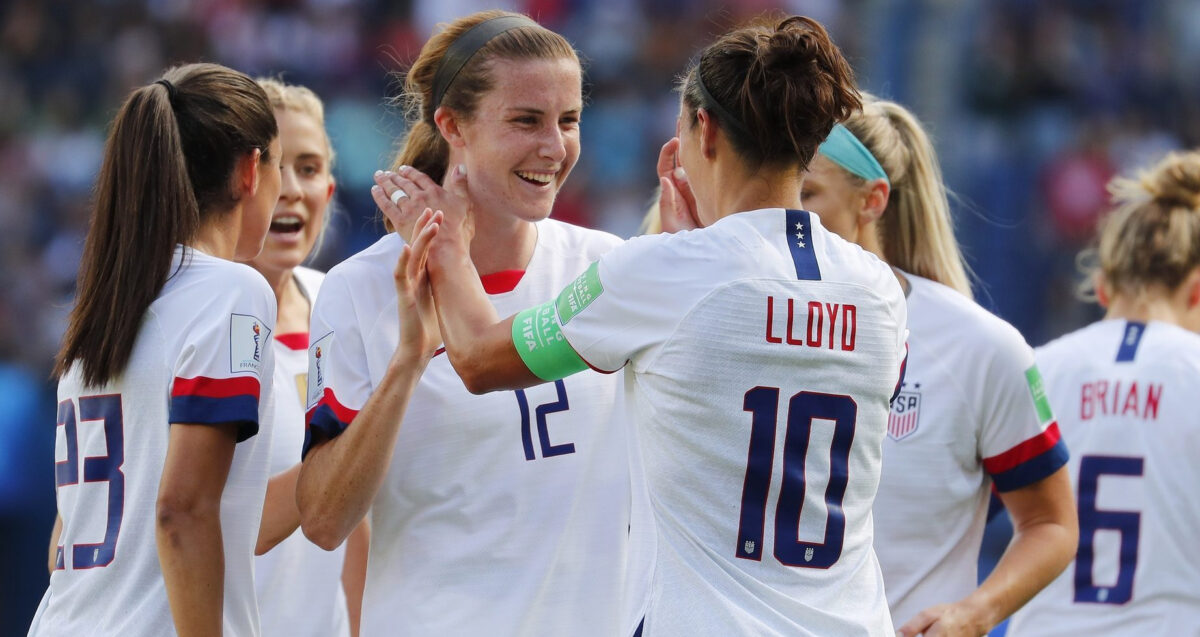 The U.S. Women’s National Team may not have scored 13 goals on Sunday, but they did claim a second win in France this summer.

Jill Ellis’ side used a trio of first-half goals to clinch a berth in the knockout stage of the 2019 FIFA Women’s World Cup, after a 3-0 win over Chile. Carli Lloyd scored her ninth and tenth career World Cup goals, while also setting a record for scoring in her sixth-consecutive World Cup match. Julie Ertz also added her first in between Lloyd’s finishes.

Lloyd did not lead long to break the deadlock at the Parc des Princes. The Delran, N.J. native got on the end of a loose ball and half-volleyed an effort past Christiane Endler.

Chile thought they had an equalizer in the 22nd-minute as Carla Guerrero’s free-kick snuck past Alyssa Naeher. However, the goal was waved off for offsides as two Chilean players were just ahead of the USWNT backline.

Ertz extended the USWNT’s lead in the 26th-minute, heading in a cross from Tierna Davidson. The midfielder used the side of her head to beat Endler to the top-right corner.

The USWNT made the most of a corner-kick again in the 35th-minute as Lloyd raced into the box and headed Davidson’s cross in for her second goal of the afternoon.

Endler kept the deficit from getting any worse in Paris, making several big saves after halftime. Her kick save on Lindsay Horan’s point-blank effort in the 56th-minute was followed up two minutes later as she stoned Christen Press.

The USWNT kept the pressure on as Jessica McDonald rattled the right post in the 62nd-minute. Press’ header was repelled out by Endler for a corner in the 66th-minute, continuing a busy half for the Chilean goalkeeper.

Press’ frustrations continued in the 73rd-minute as her left-footed effort aimed for the near post was kicked wide by Endler.

Lloyd missed a penalty kick in the 81st-minute after video review ruled in favor of the USWNT. Her low drive missed wide of the left post, ending her chances of a hat trick on the afternoon.

Now atop Group F with six points and a +16 goal differential, the USWNT can win the group with a win or tie against Sweden on June 20th. Chile concludes group stage play against winless Thailand on the same day.