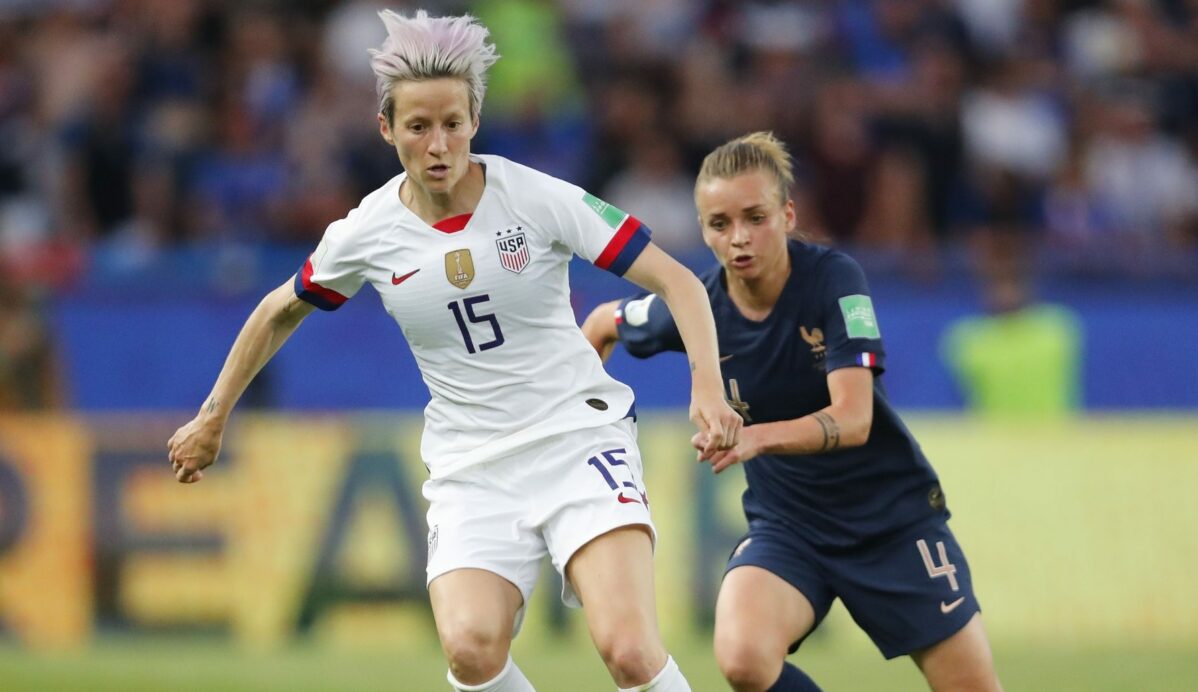 The U.S. Women’s National Team survived a late push from World Cup hosts France to book its place in the semifinals.

Megan Rapinoe became the first player to score four-consecutive goals in World Cup history, scoring a brace in the USWNT’s 2-1 quarterfinal win over France in Paris.

Rapinoe broke the deadlock after five minutes, curling in a free-kick through the legs of Amandine Henry and past goalkeeper Sarah Bouhaddi. The effort surprised the keeper who was unable to keep the effort out of the net.

An open first-half continued at the Parc des Princes, but France was unable to level the score before halftime. Bouhaddi’s double-save a minute into the second-half kept Les Bleus in it as she repelled Sam Mewis’ effort before kick-saving Tobin Heath’s low rebound.

Rapinoe extended the USWNT’s lead in the 65th-minute, slotting home a loose pass from Heath past Bouhaddi. Heath was looking for striker Alex Morgan with the pass, but it was behind her allowing Rapinoe the chance to run on and finish confidently.

France did not lay down though as they continued to pressure the U.S. late in the half. Eventually their pressure paid off as centerback Wendie Renard got on the end of a Gaetane Thiney free-kick in the 81st-minute.

The USWNT will take on another familiar foe from this calendar year in next week’s semifinals. Phil Neville’s England will oppose Jill Ellis’ side on July 3rd with the winner advancing to the final on July 7th.