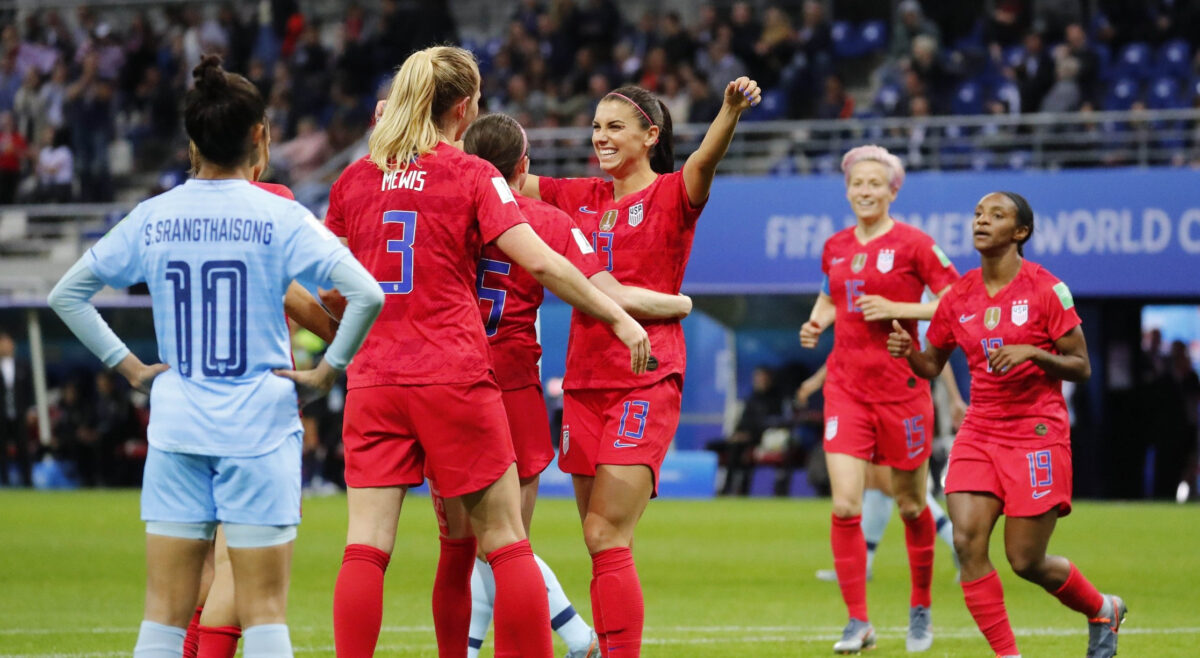 The U.S. Women’s National Team set a record on Tuesday to kick off its group stage schedule at the 2019 FIFA Women’s World Cup.

Alex Morgan set a new tournament record with five goals in the USWNT’s 13-0 win over Thailand in Reims.

The USWNT scored three in the first-half with Morgan breaking the deadlock in the 12th-minute. Morgan got on the end of Kelley O’Hara’s cross and headed in her first of the day.

Rose Lavelle’s long-range strike doubled the USWNT’s lead before Lindsay Horan smashed from inside of the box in the 32nd-minute.

Mewis added her second of the match after halftime before Morgan continued the onslaught in the 53rd-minute. A Tobin Heath free kick fell to Morgan who finished nicely for a 5-0 USWNT lead.

Tower of Power has officially made her grand entrance to the #FIFAWWC. pic.twitter.com/G7jFuXYLYo

Mewis and Lavelle extended the advantage before the hour mark with tallies ahead of Morgan’s hat trick goal in the 74th-minute. Megan Rapinoe got in on the action in the 79th-minute with a comfortable finish.

Morgan added a pair of goals in the later stages of the second-half while substitutes Mallory Pugh and Carli Lloyd also netted their first goals of the tournament.

The USWNT finished the match with 20 shots on goal compared to Thailand’s two.

Up next is a date with Chile on Sunday, before closing group stage play against Sweden on June 20th.