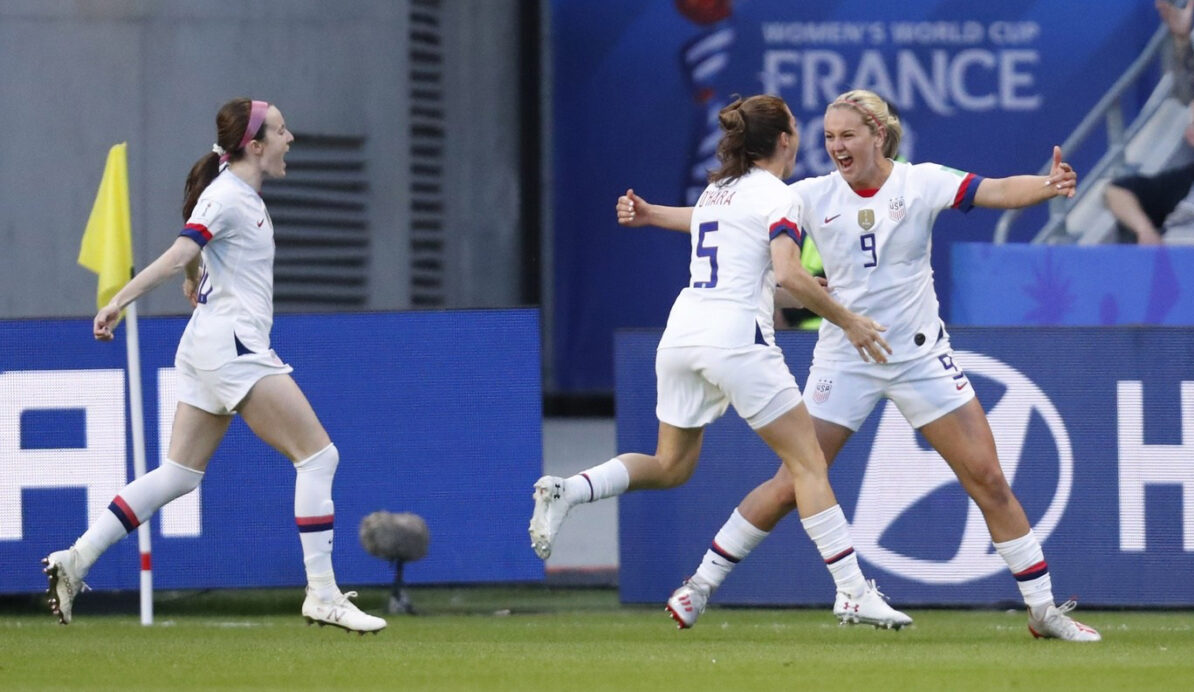 The U.S. Women’s National Team closed out group stage play at the 2019 FIFA Women’s World Cup with a 2-0 win over Sweden on Thursday.

Lindsay Horan scored three minutes in for Jill Ellis’ side while an own goal from Sweden’s Jonna Andersson sealed the USWNT’s third-consecutive win of the tournament. The win sets up the USWNT with a Round of 16 date against Group B runners-up Spain on June 24th.

A corner kick fell to Horan inside of the box and the midfielder tucked it in for a 1-0 USWNT lead.

The sides traded efforts in the 15th-minute with Samantha Mewis and Stina Blackstenius both seeing their shots saved.

After halftime, the USWNT got some luck in the 50th-minute with Andersson deflecting Tobin Heath’s shot into her own goal. Heath shimmied her way for some space before hitting a shot off Andersson and into the left corner of the goal.

2-0 USA!@TobinHeath scores from a tight angle and the goal stands after a lengthy VAR review. #FIFAWWC https://t.co/DRpsL3v9wP

Hedvig Lindahl made a superb save on substitute Carli Lloyd to keep the deficit at only two, but the Swedes could not get a clear look at goal.

Alyssa Naeher made two saves to preserve the USWNT’s third clean sheet in a row to start the World Cup.

The lone negative of the match was Alex Morgan’s departure at halftime after being on the end of a rough tackle in the first-half. Morgan limped off the field but early rest should help her recover in time for the knockout stage.