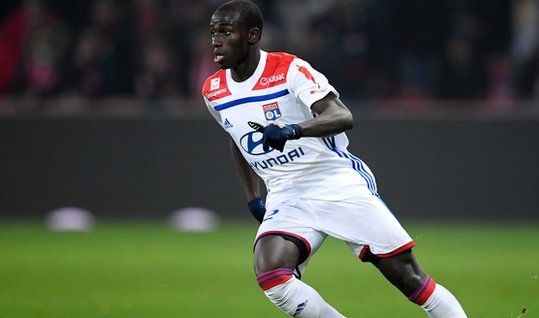 Real Madrid’s summer overhaul continued on Wednesday as Zinedine Zidane has added a young defender to his roster.

Los Blancos announced the signing of Lyon left-back Ferland Mendy for a fee of €48 million, including an added €5 in add-ons. Mendy, 24, had made 57 appearances for Lyon and won three caps for the French National Team. (REPORT)

Tottenham Hotspur are in talks with Lyon over midfielder Tanguy Ndombele. (REPORT)

Luka Jovic admits he is the “happiest kid in the world” after joining Real Madrid from Bayer Leverkusen. (REPORT)

Swedish striker Alexander Isak has completed a €10 million move to Real Sociedad. Isak is coming off a 14-goal haul in 18 appearances on-loan at Willem II from Borussia Dortmund. (REPORT)

With Chelsea and Juventus still in talks regarding Maurizio Sarri’s move, Frank Lampard is being linked as the Sarri’s replacement at Stamford Bridge. (REPORT)

Romelu Lukaku feels that Antonio Conte is the “best manager in the world”. The Manchester United and Belgian star has been linked with Inter since Conte’s arrival at the club. (REPORT)

Tyler Adams has withdrawn from the USMNT Gold Cup roster due to injury. (READ)

Warren Creavalle is out of the Gold Cup for Guyana and more MLS news. (READ)

Kenny Saief is reportedly heading back to Belgium from FC Cincinnati. (READ)

The USWNT rolled past Thailand for a historic World Cup win. (READ)