Who Should the USMNT Start vs. Guyana? 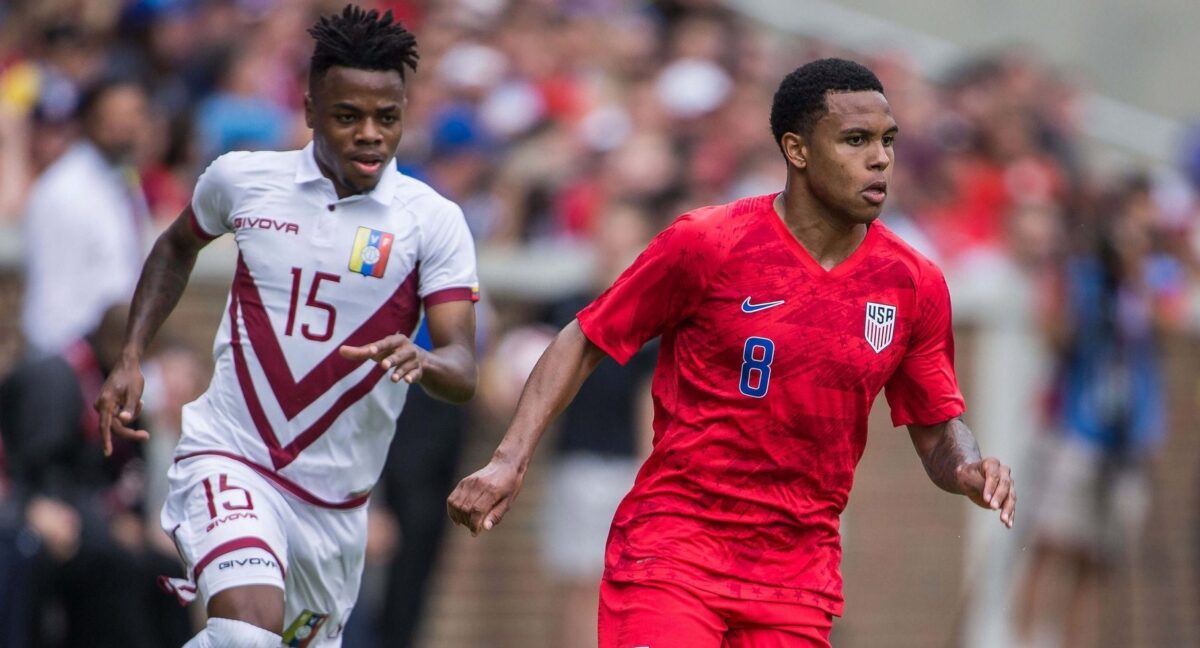 The U.S. Men’s National Team has its first competitive match of 2019 on Tuesday, taking on Guyana in the CONCACAF Gold Cup Group D opener in Minneapolis.

After a pair of defeats to Jamaica and Venezuela earlier this month, the pressure is on Gregg Berhalter and his squad to put in a strong performance against a side making its Gold Cup debut.

Christian Pulisic will be expected to make his first appearance under Berhalter since March, while Djordje Mihailovic and Reggie Cannon have entered the fold due to injuries to Tyler Adams and Duane Holmes.

Weston McKennie, Wil Trapp, and Michael Bradley are all options in midfield. Jozy Altidore, Jordan Morris, and Gyasi Zardes are all forward who have appeared in this competition before.

Guyana was dealt a big blow as midfielder Warren Creavalle had to be replaced due to a broken foot. FC Cincinnati’s Emery Welshman and Reading’s Callum Harriot are experienced forwards who will carry the load, while Liam Gordon and Jordan Dover are key defenders.

Here’s a closer look at one USMNT lineup Berhalter could go with Tuesday night:

Nine days after a 3-0 loss to Venezuela, the USMNT should be fit and raring to go against a Guyana side likely to bunker in and defend.

Zack Steffen is the No. 1 option in goal and will again be between the posts for the USMNT. After appearing in both friendlies, Steffen has seen match time this month and is always capable of coming up with big saves when called upon.

Tyler Adams’ absence means that Nick Lima is the No. 1 option at right back. Lima is an aggressive defender who is always able to provide a threat down the flank. His pace can help him return and defend if needed and he has a leg up on Reggie Cannon for the starting role.

Matt Miazga and Aaron Long are two young faces in the USMNT backline and both will continue that partnership on Tuesday. Long’s return from injury saw him play only 46 minutes against Venezuela, but starting him continues to grow this connection. Omar Gonzalez is also a veteran option but he should be saved for tougher competition in this group.

Tim Ream appeared at left back earlier this calendar year and will get another crack against Guyana. Daniel Lovitz is a natural left-back option, but Ream’s experience is needed in this tournament and should help lead this young backline.

Wil Trapp will continue as the No. 6 in the formation, giving Weston McKennie a chance to advance up the field and help offensively. If Berhalter wants more experience instead, then he could go with Michael Bradley in that role. But Trapp is the younger option which allows Bradley to rest.

McKennie and Christian Pulisic will be paired in midfield next to one another, giving the USMNT two good options at setting up opportunities. McKennie’s versatility can see him drop back and pair with Trapp if things get tricky, but Pulisic will play in the No. 10 role as expected.

Paul Arriola and Jordan Morris are a likely duo on the wings that can provide speed and attacking chances. Arriola’s ability to get back and defend definitely helps. Against Guyana, he should be ready to get after defenders one-on-one.

Morris missed out against Jamaica, but did appear off the bench against Venezuela. The Seattle Sounders leading man may not be able to go a full 90, but like Arriola, he can get after defenders and can also play on the left side if needed. Gyasi Zardes and Tyler Boyd are also options up top, but expect both to come off the bench if needed.

Jozy Altidore and Zardes can both start at the No. 9, but Altidore’s hold up play will be important for this team. Altidore’s physicality can help wear down the Guyana backline while also playing in balls behind for Arriola and Morris to get onto.