Who Should the USMNT Start vs. Trinidad & Tobago? 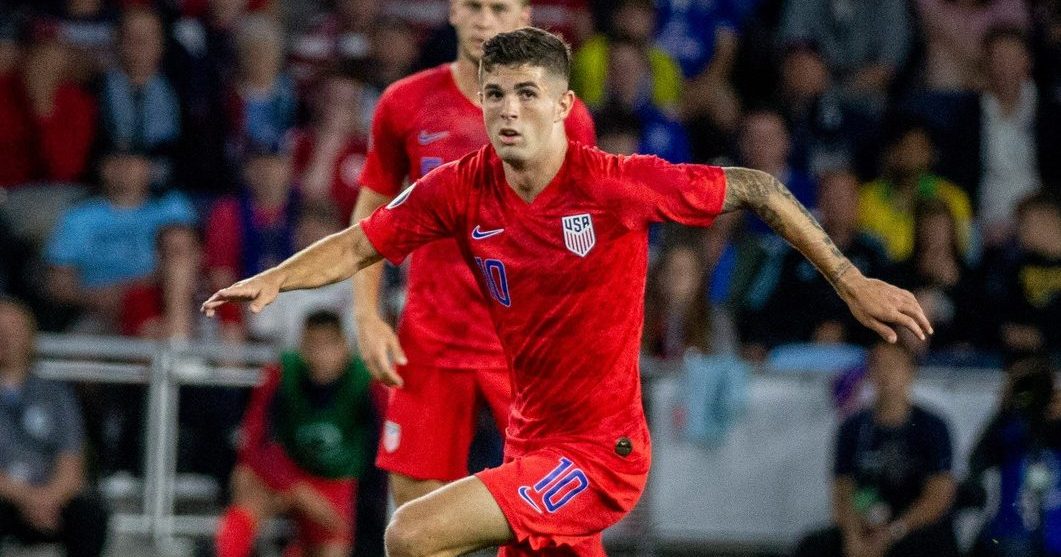 The long wait for the U.S. Men’s National Team is finally over.

After rolling past Guyana 4-0 in its 2019 Concacaf Gold Cup opener on Tuesday, the USMNT finally get a crack at Trinidad & Tobago. T & T ended the USMNT’s hopes of qualifying for the 2018 FIFA World Cup and now the USMNT can exact revenge on the Soca Warriors.

Tyler Boyd and Paul Arriola stole the show in Minneapolis on Tuesday, combining for three goals and two assists in the lopsided win. Weston McKennie and Michael Bradley were also impressive but T & T will pose a tougher test than Guyana did.

It is unsure if Gregg Berhalter will rotate some players for this match to give some guys a break before Matchday 3 against Panama. McKennie left Tuesday’s match due to cramping, while Christian Pulisic also got rested early.

Trinidad & Tobago may also be playing for their Gold Cup lives after a 2-0 loss to Panama on Matchday 1. Kevin Molino is the Soca Warriors most dangerous threat offensively, while Joevin Jones is also a speedy wingback who can get upfield. Cordell Cato is another player that T & T can call on as well in attack.

Here’s a closer look at one USMNT lineup Berhalter could go with Saturday night:

Some players may get a break in this one, but look for Berhalter to play a strong squad in Cleveland.

Zack Steffen is the No. 1 option in goal and will again be between the posts for the USMNT. Steffen wasn’t called into action much against Guyana, but could face more shots against Trinidad & Tobago.

Nick Lima was fine against Guyana but wasn’t rarely troubled against the lowest-ranked side in the tournament. Dealing with a tougher attack though could mean Lima’s pace and physical play may come into play as he tries to help the USMNT to another clean sheet.

Aaron Long will continue in the backline, but Omar Gonzalez should get the start next to him. Gonzalez’s physical presence can help against a team like T & T who are struggling to get going offensively. He was on the field in Couva that night when the USMNT failed to get the job done and surely would love to get back against a rival.

Tim Ream is another player who will keep his place in the starting XI after doing a solid job against Guyana. Again like Gonzalez, experience will help against T & T and an aggressive defender like Ream could frustrate the speedy wingers on the other side of the ball.

Michael Bradley will once again wear the captain’s armband as he starts in the No. 6 position. Bradley assisted on Tyler Boyd’s first-career USMNT goal with a lovely diagonal ball into the ball. He will have the task of shutting down T & T’s central midfield options.

Weston McKennie and Christian Pulisic will continue their partnership in midfield, while McKennie can help Bradley if needed. Both players were good against Guyana but will need to raise their game a bit with tougher competition on the other side of the pitch. Pulisic may even move to the wing like he did in early parts against Guyana.

Paul Arriola and Tyler Boyd are coming off strong outings against Guyana and should be starting once again. Both players have the ability to create chances for themselves, but also for their teammates. Arriola had plenty of chances to score numerous goals against Guyana and Boyd showed positive signs of trying new ideas inside of the box.

Gyasi Zardes did get credit for a goal against Guyana but outside of that the Columbus Crew man didn’t create many chances. Instead of trying efforts, Zardes would try the extra pass and it did not work out in the end. Jozy Altidore was rested against Guyana and deserves the start against T & T on Saturday.

Altidore’s physical presence can wear down the center back duo of Mekeil Williams and Daneil Cyrus. His hold up play will allow Boyd, Arriola, and Pulisic to latch on balls, while his confidence in front of goal seems to be a bit higher than Zardes at the moment.

Zardes, Jordan Morris, and Cristian Roldan are three players that Berhalter can call on off the bench if the USMNT needs a goal. Jonathan Lewis is also an option on the wings to try to create opportunities offensively.