Wooten arrives with Union, eager to build off Sandhausen success 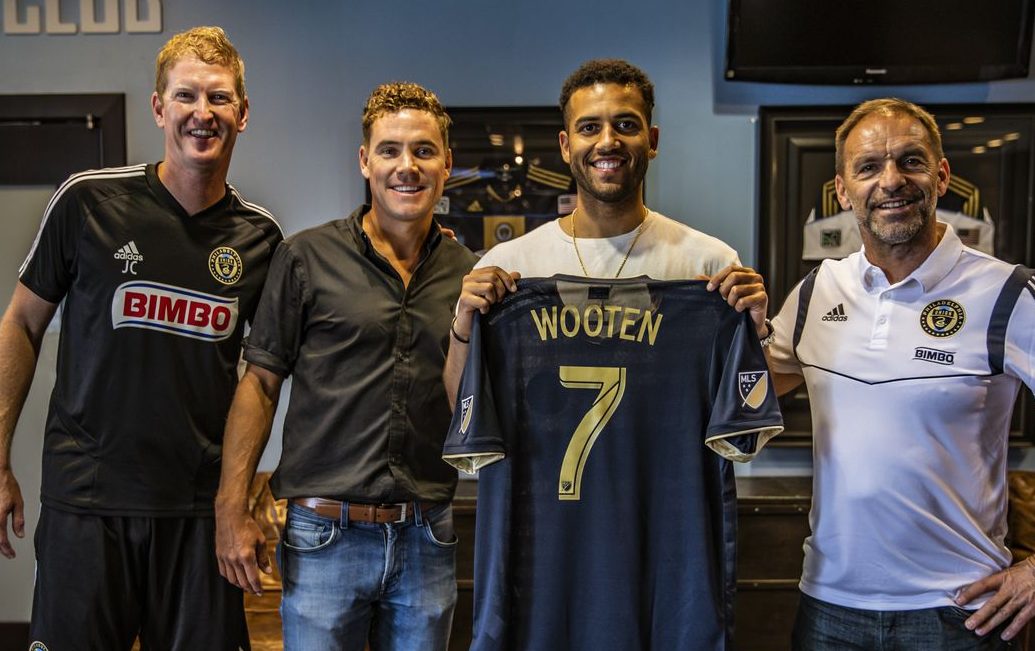 The Philadelphia Union return to action on Wednesday against the New England Revolution, looking to start the second-half of the MLS season on a positive note. Although newly-acquired striker Andrew Wooten won’t be available until July 9th, the German-American has already begun training with his new club.

Wooten was signed last week by the Union to a one-and-a-half year contract with a club option for 2021. Its a positive move for both parties as the Union add an in-form striker to the mix and Wooten joins up with one of MLS’ contenders after leaving Germany.

“I always wanted to come to MLS one day and I am happy they [Union] made the offer and now I have to get fit the next two weeks in training,” Wooten said at training on Tuesday. “I think I will be good to go. I haven’t done anything the last four weeks so I have some catching up to do.”

“It’s a very competitive team, very physical and strong. The quality here is better than in Sandhausen and I am excited to get going. I have been following the league the last three years. The league has improved and stars continue to come over here and want to play. I think now is the right time to join the league and enjoy the moment.”

Wooten is coming off a 17-goal haul with German second-tier side Sandhausen, his best-ever season as a professional. His dominant second-half of the season helped the club fight off relegation, but Wooten expressed his interest to leave and join MLS.

A connection with Union sporting director Ernst Tanner from Tanner’s time in Germany helped with Wooten’s decision. Wooten was also linked to the Chicago Fire, another Eastern Conference club, but the decision was easy when he had to choose.

“There were other MLS offers but I heard from Philadelphia first so there was no need to talk to anyone else,” Wooten said. “I really had a good feeling so that is why I came here.”

For the Union, currently first in the Eastern Conference, the move comes at a good part of the season. With Cory Burke still out due to Visa issues, Wooten’s arrival adds another body for Jim Curtin to use for the next four months.

Wooten brings physicality and an eye for goal to the Union offensive front, one that needs veteran experience up top. Tanner remembers Wooten from his time at 1860 Munich and Hoffenheim and is happy the deal worked for both parties.

“The contract was very easy, we agreed to one-and-a-half years with an option,” Tanner said. “I had him in mind since I started here, I had a conversation with his agent and it took a while. There was no possibility to get him during the season with Sandhausen as they were fighting for relegation, but with his deal expiring we’re glad we got him.”

“His move brings along a lot of positive things, we needed a striker and he wanted to come to MLS. He’s a strong type of striker and will bring a positive mindset to the group. Although he played up top by himself with Sandhausen, he is flexible enough to partner with another forward.”

Wooten’s first eligible match with the Union will be on July 13th at Real Salt Lake.