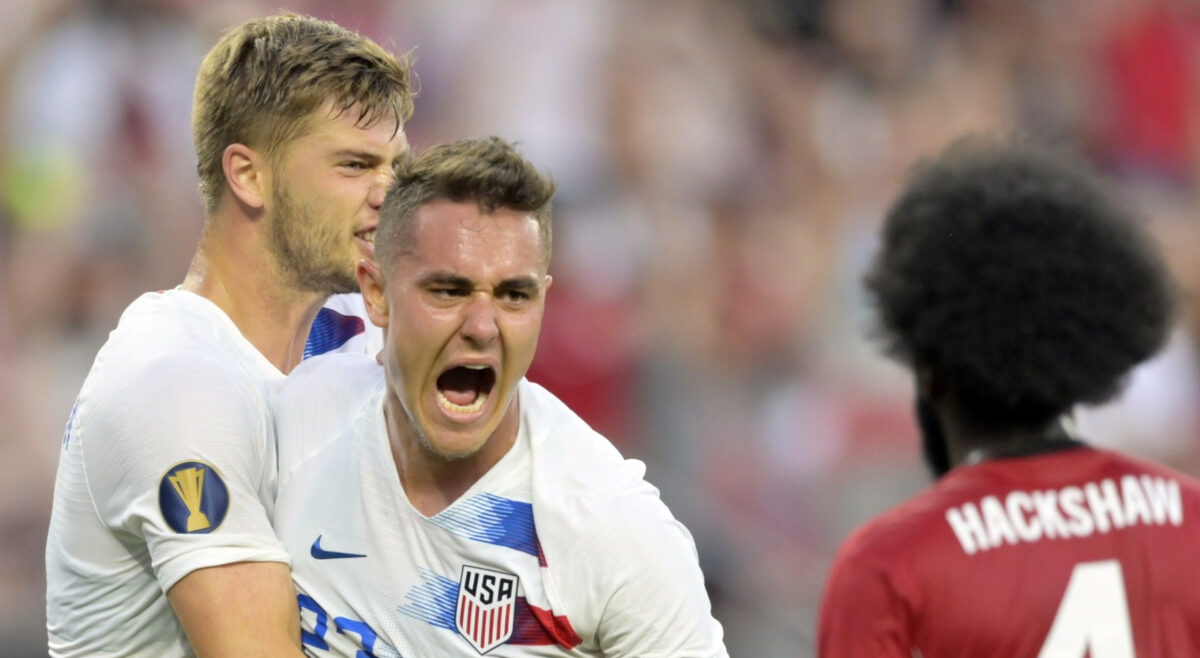 The U.S. Men’s National Team has its revenge against Trinidad and Tobago.

Gyasi Zardes came alive in the second half for the USMNT as he scored twice in three minutes to start off a 6-0 rout of the Soca Warriors.

Zardes’s two goals came in quick succession just as the game was opening up. He scored his first came in the 66th minute when he received a feed from Nick Lima and tapped into an empty net. The second was a quality curling finish in the 69th that put the game to bed.

The floodgates were open from there as Christian Pulisic scored in the 73rd and Paul Arriola tapped one home in the 78th to cap off a flurry of American goal scoring.

The second half outburst came after a cagey first half provided little of note a 41st minute goal from Aaron Long broke the deadlock. His header found the back of the net. Pulisic deserved most of the credit, however, since it was his vision that saw the run and his foot that played a picture perfect cross. Long got a second at the death of the match to finish the 6-0 drubbing.

The USMNT concludes their group stage campaign on Wednesday night in Kansas City when they take on Panama with Group D supremacy on the line. Trinidad and Tobago wraps of their group stage against Panama earlier the same night.