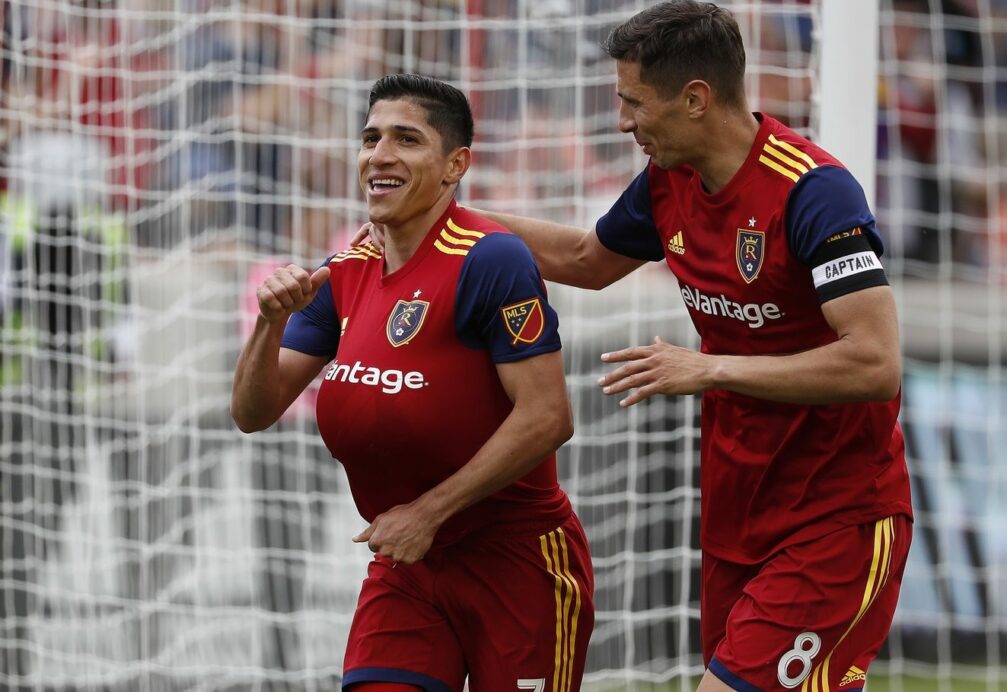 Savarino registered a two-goal, one-assist performance in RSL’s 4-0 trouncing of the Philadelphia Union at Rio Tinto Stadium. It was Savarino’s first two-goal performance since 2018 and one that propelled the hosts to their seventh home win of the season.

Elsewhere, the San Jose Earthquakes swept the regular season series from the L.A. Galaxy after a 3-1 win in California on Friday.

Savarino’s strong performance helped Real Salt Lake continue their strong home form this campaign. Not only did Savarino get the better of one of MLS’ best centerback pairings, but he did beat MLS All-Star Andre Blake on two separate occasions.

He now has five goals on the season for Mike Petke’s team.

Savarino beat out Adama Diomande, Daniel Royer, and Valeri Qazaishvili for Player of the Week honors.

The San Jose Earthquakes are continuing to rise under Matias Almeyda and are coming off a 3-1 road win L.A. on Friday night. Despite conceding a second-minute opener to Rolf Feltscher, the Earthquakes stayed calm and scored a trio of goals in a 24-minute span late in the second-half.

Valeri Qazaishvili scored a goal and added an assist, while Danny Hoesen and Jackson Yeuill also got on the board. It was San Jose’s second win in a row and their fourth out of the past five league matches.

The Seattle Sounders saw many players return to the starting lineup on Sunday, but none was bigger than Raul Ruidiaz.

Ruidiaz scored the opening goal for Brian Schmetzer’s team at home in what ended up being a 2-1 win over Atlanta United. The Peruvian showed off skill and composure in the penalty box, flicking the ball over Leandro Gonzalez Pires and rifling a shot past Brad Guzan for his eighth goal of the season.