Boyd excited for challenge that Besiktas brings to the table 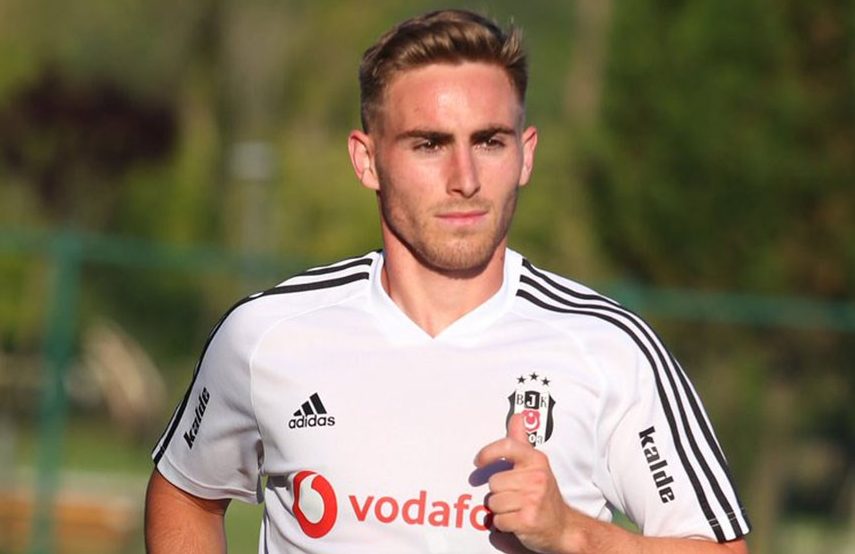 Tyler Boyd’s stock rose greatly in a short period of time abroad. Not only did Boyd have his best domestic season yet as a professional, but he won his first caps with the U.S. Men’s National Team which also earned him a move to one of Turkey’s biggest clubs.

Boyd signed for Besiktas earlier this summer from Portuguese outfit Vitoria Guimairaes. It was a massive jump for the 24-year-old New Zealand-American, who will be playing for a side that is expected to fight for the Turkish Super Lig title every year, but a side who has experience in European competition as well.

“It’s a pleasure to be at this amazing club,” Boyd said in a press conference on Thursday. “The trainings so far have been positive. We have an amazing group, we have a lot of quality, and it’s a great place to be.”

“Coming into the group they’ve welcomed me with open arms, they’ve been very open and helpful. All of the players, coaches, and staff have been amazing so far. I already feel like I’m a part of the family here. I’m excited for the new challenge.”

After a seven-goal, four-assist haul with fellow Turkish side Ankaragucu on-loan last season, Boyd impressed enough for win a permanent move to Besiktas. Other Turkish clubs like Fenerbahce and Trabzonspor were also interested in the winger, as well as future MLS expansion side Inter Miami.

A dynamic attack who can play on either wing, Boyd will now have to fight for new goals with the club. Instead of fighting for league safety like in 2018-19, Boyd will try to help Besiktas reclaim the Super Lig title and advance in Europe. Also, he will have to fight off the likes of Portuguese star Ricardo Quaresma, Turkish forward Burak Yilmaz, and Dutch speedster Jeremain Lens, adding another task to the ever-growing list of goals.

“I think they [Ricardo and Jeremain] are both great players and great people,” Boyd said. “Only knowing them in a short period of time, I can say they are good teammates. Ricardo is an older player  and has a lot of quality, so luckily I get the chance to learn from a player like him. It’s competition, it’s healthy for the team and I will do my best.”

“I don’t really have a preference on which side I play on but I like to be out wide,” Boyd said. “Wherever the coach wants me to play that’s where I will be. I like going one-on-one, scoring goals, and adding assists. Just thinking of getting on the pitch at Vodafone Park I get excited, even playing there as an opposing player was exciting. I’m excited and happy to get out there.”

Besiktas have won their first two friendlies of the summer so far by a combined score of 9-2 and continue a busy offseason as they are training in Austria. Five more friendlies approach for Boyd and the club before their season opener against Sivasspor on Aug. 18th, which gives the winger enough time to get onto the pitch with his new teammates.

September and October will pose the toughest tests for Besiktas as they face off with Istanbul Basaksehir, Trabzonspor, and Galatasaray over a five-week span. Included in that will be a trip to Ankaragucu, one that surely will be emotional for Boyd after his success there last season. Toss in possible Europa League group stage matches and the road could become even harder through the end of the calendar year. Regardless, the goals will stay the same for Boyd.

“It’s obvious for us that the goal is to win the league, that is why you come to Besiktas,” Boyd said. “I know that is the expectation, I’ll work hard for the squad and I believe in the guys we have here. It will need to be a team effort.”

“I think you have to be confident in your own team and focus on what you can do. We have to play our style and try to win every game. I believe in everyone here that we can win the title, no matter how many teams are involved in the title race.”