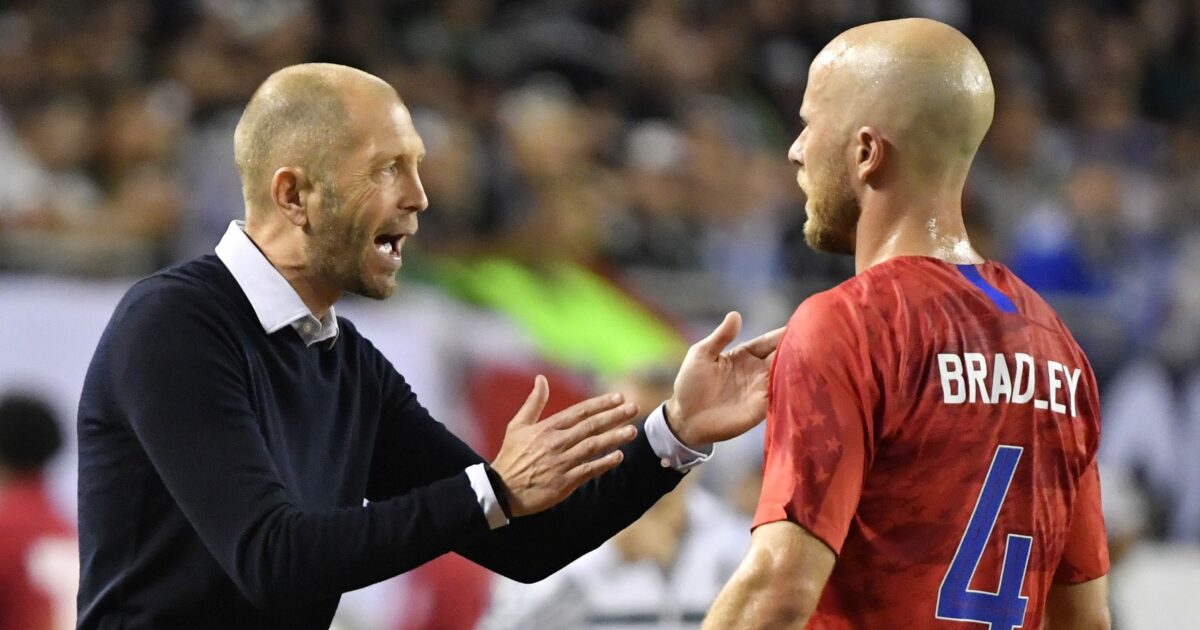 The U.S. Men’s National Team looked dominant at plenty of points during its run to the Concacaf Gold Cup Final. They opened the tournament with a comprehensive 3-0 victory over Guyana. They enacted revenge on Trinidad and Tobago with a 6-0 win. They didn’t concede a single goal until late into the semifinal match against Jamaica. Despite those positives, Sunday night’s 1-0 defeat in the final proved that Gregg Berhalter and his staff still have a ways to go in their efforts to rebuild their team.

While the team created a lot of chances in the later rounds of the tournament, they struggled to finish many of them. They only scored once in a quarterfinal win over lowly Curacao. Their defense did break down a couple of times before conceding against Jamaica. But, most importantly, they couldn’t get over the hump in the final against their arch rivals Mexico.

That isn’t to say that the USMNT doesn’t look better than they did two years ago, or even than they did at the start of the summer. They made progress as they started to get the hang of Berhalter’s tactics while playing solid defensively for most of the tournament.

“Overall, proud of the guys, proud of the development this month,” Berhalter said in his press conference after the final. “We did make strides as a group. The group became much closer. I think the general understanding of our game model was much better over the course of this month. So, in one sense we did make progress.”

“We’re always searching for a perfect performance.,” he continued. “So when you evaluate every game there are things in every game that you could have been better. I think the understanding of ball movement, I think some of the offensive principles are much better understood. Defensively, we conceded two goals all tournament. So there’s a lot of good things. Chance creation I think was positive in most games.”

One thing that hurt the USMNT in the end was the levels of physical fitness and experience coming from the opposition. While the American attack was efficient and quick in the first half, they slowed down a lot and started to lose control of the match. The lack of a goal in the first half despite creating several opportunities to score was a major black spot. Had, say, Jozy Altidore finished his golden chance early in the game, perhaps the team could have afforded to sit back and conserve some energy for defensive play.

While this isn’t Altidore’s first shot at a Gold Cup Final, it was his first USA-Mexico showdown at this stage (he was an unused sub the last time the two nations met in the Final in 2011), and he may be a bit old to really benefit from this failure, the rest of the team hopes to take what happened on Sunday night and improve because of it. The young potential stars like Weston McKennie and Christian Pulisic both played important roles in this match and can use that experience in future matches against top-level opponents.

“I think the guys will learn a lot from this game,” Berhalter said. “I think that’s the first thing. There’s a lot of guys playing in their first game like this. For us, the whole month the focus was on guys, we need to make progress this month and when I look back at it and evaluate it we did make progress and this experience will help us moving forward.”

Berhalter isn’t exempt from this learning process by any means. Sunday night showed that he has a lot to learn about coaching at the national team level and about is team in general. He faced plenty of criticism for his substitutions in the second half and perhaps he didn’t adjust enough after Mexico came out flying in the second half.

“We need to learn,” Berhalter said. “We weren’t ready for the step tonight but we will be.”

The USMNT aren’t in action again until the inaugural Concacaf Nations League this Fall.